The Judgement: What’s in a First Impression? 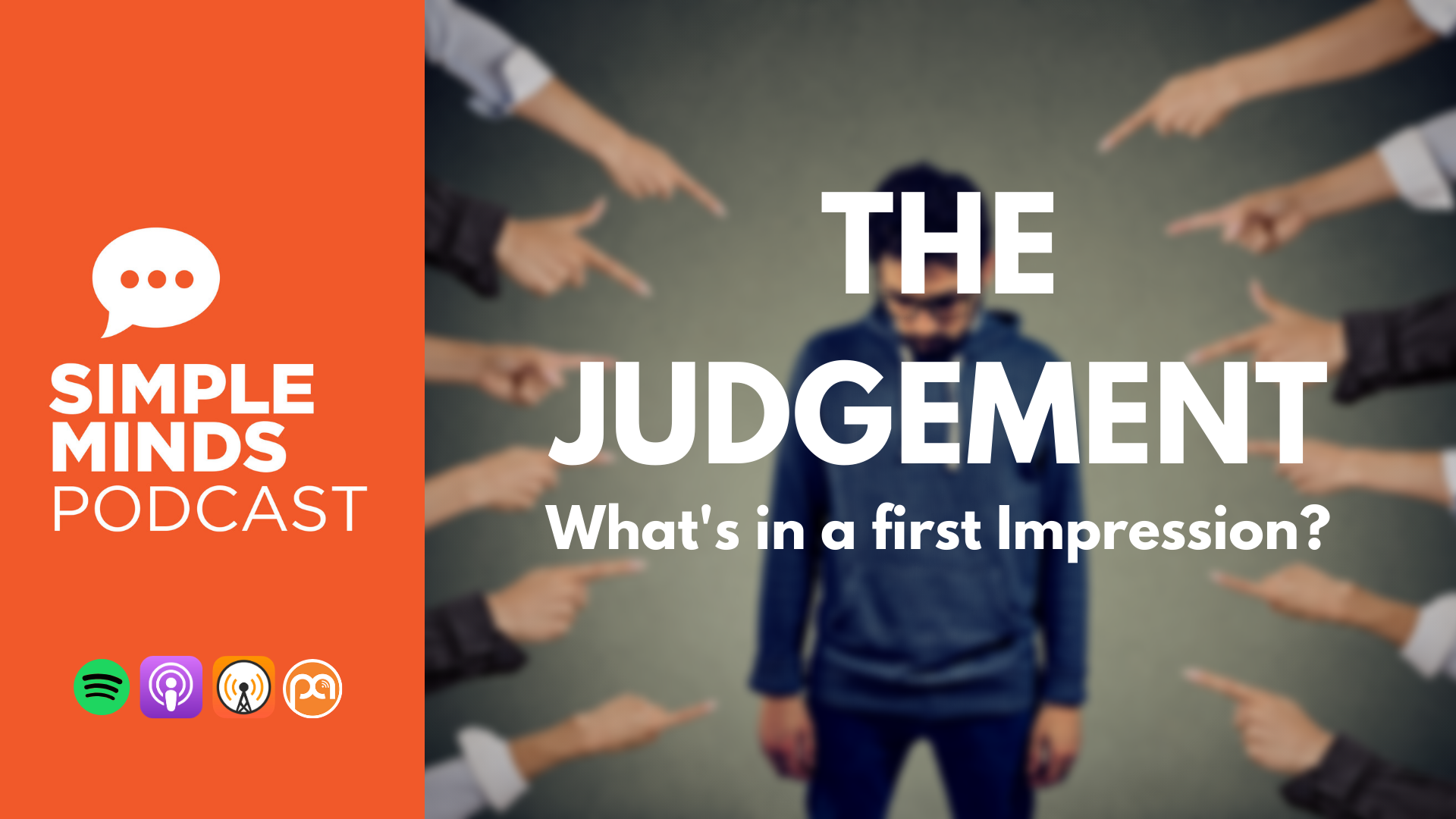 The lads are back again for another episode of the Simple Minds Podcast!

This week, Matt plays the host and asks the guys about the concept of judging others.

But first, we need to cover the drink at hand - Monkey Shoulder Blended Scotch Whiskey

“It’s pretty much always in the office and there’s a good reason for that. It’s that good!” - Matt

“It would be fair to say it’s much more sweet and smooth than the Talisker last week.” - Conrad

Gone in a Tenth of a Second

As we’ve seen in a previous episode, the guys recently went on a trip to the East Coast to go and meet William Whitecloud and complete a five-day workshop designed by the man himself. It’s a pretty successful trip by all accounts if you’ve heard the lads speak on it. (It’s actually very hard to not hear them chat about Whitecloud, they really can’t help themselves.)

During the course, Matt found himself judging others tremendously, taking note of the different types of people in the wider group and how he differed from them.

“Man, what a bunch of hippies.” - Matt’s inner monologue

It was this sudden bout of judgementalism, and subsequent five-day course by Whitecloud, that opened Matt’s eyes to his own biases and forced him to think about how he perceives others relative to himself.

Funnily enough, Travis and Justin have similar experiences, being guilty themselves of suddenly being very critical of those around them.

“I found myself getting very judgemental very quickly because I didn’t feel comfortable in the space and therefore used that as a tool to make myself feel better.” - Travis

How Do We Judge?

There’s a massive list of ways that we judge people relative to ourselves, the reasons for which are endless. Still, we can pinpoint the more major ways we make judgements and why we do it.

For example, the handshake is probably one of the most infamous examples of how we judge others, with nearly everyone having a fairly universal way they perceive others based on the quality of the handshake in question. Everyone, absolutely EVERYONE, hates a limp-wristed handshake, believing it implies a lack of respect and reliability.

Similarly, how our body language works can be a major source of judgement, and understandably so. For many, body language can be a far greater indicator of what type of person they’re dealing with over anything said or done.

This carries on further with certain mannerisms or quirks that we may have. The way we carry ourselves, how long we maintain eye contact or even where we keep our hands when not using them can be key reasons for others to judge us. (And now that we’ve made you think about it, you’re not going to be able to know what to do with your hands for a while without consciously thinking about it. Good luck with that.)

It’s a bit unfair in all honesty, but people pick up on all kinds of things that we rarely have any control over. If you want to maintain your sanity then it’s probably best you don’t think about it too hard.

The Fast and the Curious

What gets really horrible to think about is how quickly we judge each other as well. Years ago, we used to believe that first impressions were a matter of a few minutes. Now, current science indicates that first impressions are pretty much take place in the first few seconds of interaction. Hell, not even interaction is required, just being seen by someone else for a few seconds can lead that person to make some key judgements about your entire personality.

Within the first few seconds of seeing you, a person can often make a judgement on whether you are:

Yeah. Pretty rough to be honest. But that’s how the cookie crumbles, as far as the American Society of Psychology are concerned…

“Come on, surely not all of that.” - Conrad having suddenly gotten insecure

In conclusion, there is a tremendous amount in a first impression, it’s a pretty big deal in fact.  But that’s ok to some degree. Most of the things people judge you on are pretty much out of your control anyway so there’s not much to worry about beyond making sure you look clean and tidy and know how to do a handshake competently.

That’s it for this week, be sure to have a listen to the episode and judge the lads for yourself. Until then, we’ll see you next week!

People Decide these 9 Things Within Seconds of Meeting You

The 6 Ways we Judge PeopleWhen We First Meet Them

How to Construct Your Reality with William Whitecloud

The “hippies” in the William Whitecloud class.