How to Construct Your Reality with William Whitecloud 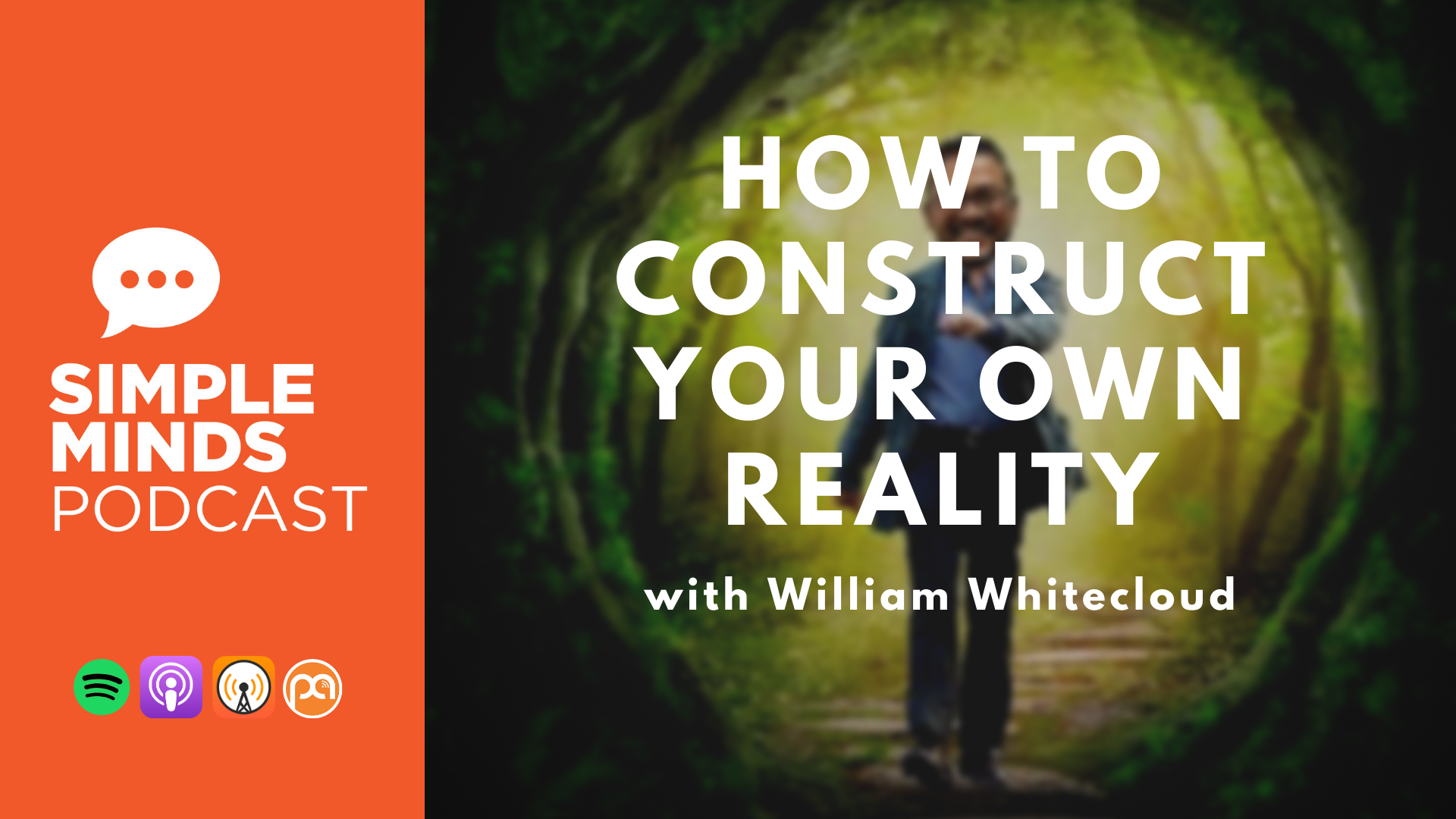 We are back and ready to bring you the latest and greatest of whatever the hell it is we actually do!

This time around, the lads have the wonderful William Whitecloud on the show to discuss the principles he’s discussed in his books - The Last Shaman (2012), The Magicians Way (2004) and Secrets of Natural Success (2019).

The lads have also elected to make things a bit more spicy by plying poor William with beer, a Melbourne brew to be exact - something he hasn’t drunk in over a decade.

“I think the half- beer I’ve had so far is beginning to take effect.” - William Whitecloud

For those not in the know on this sort of thing, William Whitecloud is a successful author, life coach and film producer living and working out of Los Angeles.

Despite still having the kind of accent common amongst those who attended South African boarding schools, William actually spent the majority of his adult life in Australia, and it was there that he met the man that would change his life and inspire the journey he’s taken since.

He never mentioned said super-important-dudes name but we can assume it was suitably cool sounding like Juan Pedro Calabria or something.

Anyway, it’s not important, what IS important is what the man told William:

“He told me the cure to this illness and he told me all I had to do was eat red meat, drink alcohol and smoke cigars as much as I want and I’ll be cured.” - William

To be honest, this seems more like a surefire way to get a collapsed colon than actually cure anything but whatever, both William and Juan Pedro Calabria sound like they’re doing fine so they must be on to something.

That something, was this - it's wasn't really about he was doing to get better, it was about how he was thinking.

Eventually, William came to understand how much his mindset was being responsible for his own ills.

“I realised that I was acutely aware of my own sickness and how much I wanted to get better. And it was that mode of thought that was making me ill as much, if not more so, than the actual physical illness itself.” - William

It was this realisation that lead William to a new mindset entirely as he suddenly unburdened himself from the reality he was perceiving and instead changed how he viewed his own illness. Instead of being so obsessive over his own sickness and recovery, Whitecloud instead simply lived his life as normal and embraced his own living experience.

Well, William did that a while ago and he’s still trucking along pretty well so it’s safe to say he got better.

That’s sort of the primary take away with much of what William speaks about in his novels and coaching courses - the reality we’re saddled with doesn’t have to be the one we use. We can go beyond that and change our reality through our own mindsets and actions.

Wait, What Did He Say?

Admittedly, we can’t really explain this all that much better than Whitecloud certainly can and he goes on for a while in the episode so it’s probably worth a listen if you haven’t already.

So, we’ll just leave it here and report back next week.