Why You Should Get A Mentor. Right. Now. 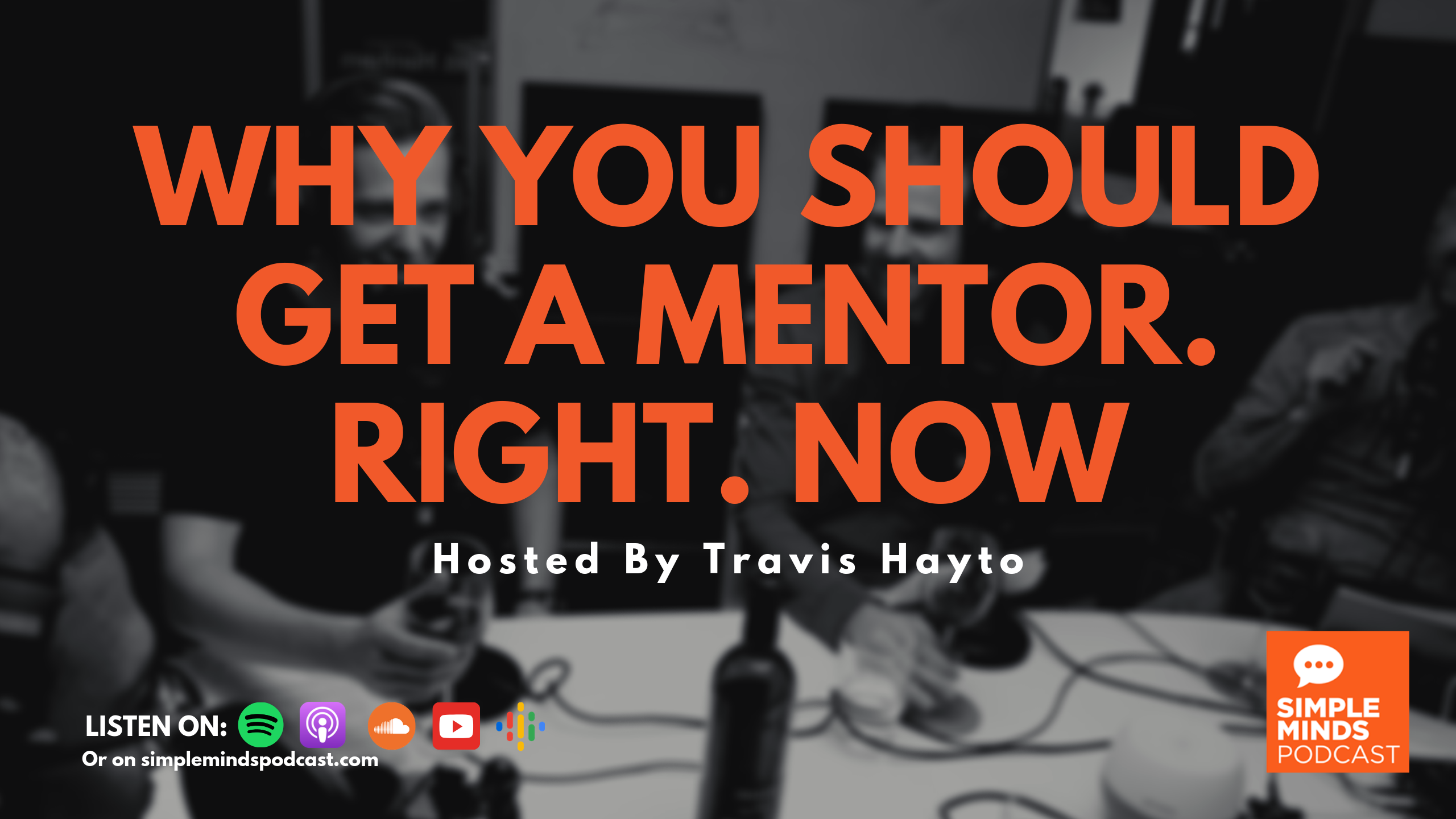 Travis is in charge of this week's episode and man does he have a doozy!

This week the lads talk about being, and having, mentors and how to get yourself one as well.

He’s also brought with him a six pack of Matso's Mango Beer, which has led to some interesting responses from the lads.

Anyway, let’s get started on the show!

All Aboard the Mentorship!

Mentorship is arguably the most important tool you can have in your arsenal to becoming successful in whatever your trying to do. Most successful individuals swear by it, and the lads at Simple Minds swear by it for their own big strides.

So how exactly are you supposed to get a mentor?

Well, that’s a good question, there isn’t a specific way out there - there’s no guidebook on the process. Really, it’s about finding someone successful and just talking to them.

Now that might sound easy, but the problem with successful people is that - they’re often quite busy. In fact, they’re very busy. Becoming successful often has that sort of effect on a person's free time.

So, creating enough proximity to someone successful that you can then formulate a conversation is a tricky thing to do. Sometimes, it involves changing your whole career, like Matt, so that you can ensure you’re in close enough to those people you want to learn from.

How To Be Annoying

Something that’s quite important regarding mentorships, and something often forgotten about, is how much work is involved in actually being mentored.

That’s right, having a mentor who is willing to talk to you and figure out where you’re going wrong is not the meal ticket it’s often made out to be.

In fact, quite the opposite is the case in many instances.

Having a mentor means doing more work than before. Much more.  But the important part here is that, while you’re doing more work, you’re also doing much more important work as well and not wasting time on stuff that’s going to hold you back. That’s the magic of the mentor/student relationship.

A mentor will tell you, without risking hurting your feelings, if you’re wasting your time on something. They’ll tell you this because, more often than not, they don't want to see you waste your time or theirs on anything fruitless. As a result, the work you do end up completing will always be something that’s on point with your career, because you have the hindsight of the mentor there to tell you beforehand whether something you’ve made is any good or not.

Similarly, because you’re going to be with a mentor, and because this relationship usually ends in a severe streamline of projects to focus on, the amount of work you complete is much more over time. And that’s to be expected. No mentor is going to waste their time on someone asking for their advice if they’re not going to follow through on the response. Worse yet, a mentor sure as shit isn’t going to waste time on someone not putting the effort in to actually improve and work on their craft, no matter what that may be.

Finally, the best thing you can do after thinking about how much value you can give yourself through your mentor is to actually be super annoying. Yeah, that's right. If you want to learn from these people than you need to be ready to accept that you're going to have to be an annoying person.

The mark of great students is an ability to genuinely ake your mentor worried about what else he can possibly teach you in your relentless pursuit of knowledge.

One of the more important aspects of mentorship is actually becoming a mentor yourself.

“But Simple Minds Blogger Boy!” You say, “How can I be a mentor? I barely know how to tie my own shoes let alone give people advice on their careers!”

There is, of course, no pressure. You don’t have to go around telling people that you want to teach them to be better at doing what you do. That’s just rude, and a bit weird.

Rather, be open to the idea of being a mentor when the opportunity presents itself, which, if your in any way successful in what you do - whether that be even something quite small - that opportunity WILL come, because someone WILL be looking up to you for guidance.

The key here is to not become overly enamored with yourself to the point that you think that a little bit of your time is more important than helping out someone just starting out.

Sure, if you’ve got a lot going on and what your mentoring takes a great deal of time to teach or relay, then being careful who you talk to and how you approach a potential student or person to take under your wing. The last thing anyone needs is someone to learn from who's overwhelmed or not able to give enough of their time to make a point.

So yeah, it’s pretty much that simple, be open to using at least a bit of your time to help out other people in your industry.

If you have to be convinced, it can be argued that there’s probably a gigantic amount of benefit to helping people out, if only because one day they might actually be successful themselves, and guess what? They’ll have YOU to thank for it! How awesome is that!

Having people indebted to you is the BEST. Believe us.

That’s it for this week’s episode!

Have you gotten any experience with a mentor? Have you ever been a mentor to others? Let us know on Facebook, Instagram or LinkedIn! You can also listen to The Simple MInds Podcast on just about any podcast platform like Apple Podcasts, Spotify and even OverCast!