Why Tough Conversations Don't have to be Tough 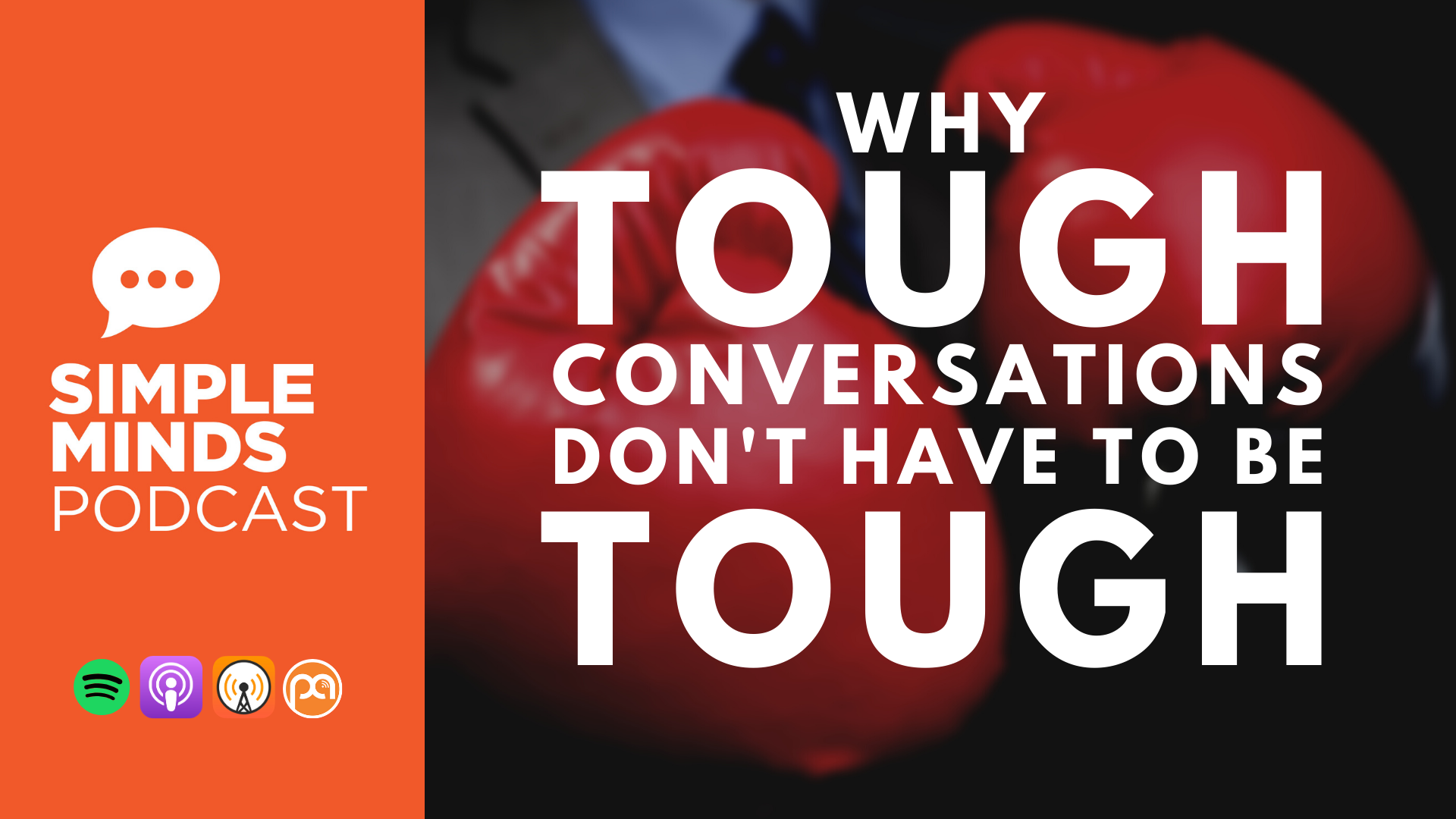 The lads are at it again with the latest episode of the Simple Minds Podcast!

This week, Justin gets the guys to sit down and discuss the nature of “tough conversations” whether they be personal or professional. Everyone can relate to the trauma of having to have a tough conversation and it’s something the lads are more than eager to share their own experiences of.

As well as that, to make sure only the best stories are told, Justin has also brought with him a Talisker 10 Single Malt whiskey!

Anyway, let’s get to it!

Time to get TOUGH

There are times when we must all have a “tough conversation” with someone. Maybe it’s as simple as telling your baby brother to stop playing with your brand new Justice League figurines that you worked really hard to save up for. Or maybe you have an employee that keeps making bizarre comments about the “coming of the end times” and it’s making everyone uncomfortable in the office.

Maybe, on a more rare occasion, you might actually have to let personnel go. It’s a tricky situation to be in and it’s filled with minefields as far as what you can say without offending the person in question.

For some people, facing down these sorts of tough conversations can be so hard that they actually hire other people to do it for them. (That’s totally true by the way, George Clooney was in a movie called Up in the Air (2009) that was about a guy who gets hired by companies to fire their employees.)

The truth is, most of the time these tough conversations don’t have to be as difficult as we think they will be. In fact, that anticipation of something being difficult is usually far worse than the actual experience.

“It’s never been as hard as what I’ve fooled myself into thinking it will be.” - Justin

As a result, we usually find ourselves putting off those sorts of conversations until they absolutely HAVE to happen. Sometimes, this is fine, but other times putting off the inevitable can be far worse for both parties as the weight of what needs to be done becomes unbearable.

“I had one lad that I knew I needed to let go, but I just kept on putting it off and putting it off until around six months later I finally pulled the trigger. If I’m honest with myself, it didn’t achieve anything from doing it when I should have and I regret leaving it for so long.” - Travis

Shot to the Head

Well, dear Simpletons, we’re prepared for you this time and can give a handful of extra useful tips for you the next time you need to sit someone down and tell them some bad news.

First of all, be direct and get to the point. No one is going to enjoy the process of going through a tough conversation if you drag out the reason that everyone is there.

Similarly, don’t over-explain what’s actually happening or what you’re talking about, usually, the reasons behind tough conversations are pretty obvious and everyone probably knows why they are there.

Finally, just remain calm. There’s genuinely no point in escalating the situation and making it worse than what it already is. Even if the other person does start losing their minds and making a scene, it pays to stay calm and keep a level head.

Anyway, that it’s it for this week, the Simple Minds Podcast will return next week, with a brand new episode and a brand new drink but still the same old lads you know and love.

How to Have Difficult Conversations at Work- Ashira Prossack (28/10/18) - Forbes.com