Wasting Our Time (With Cider) 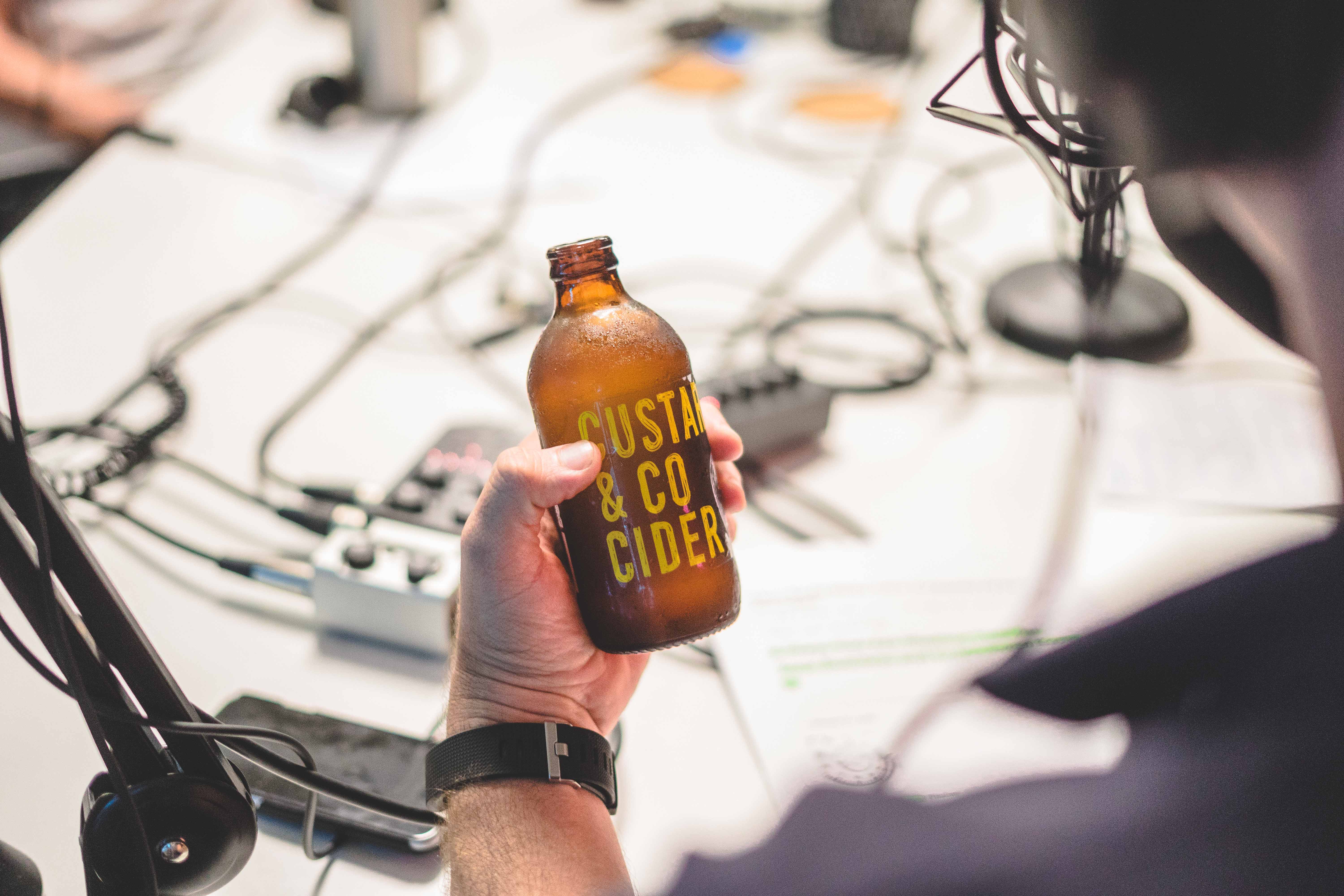 This week we’re talking about procrastination and how to not waste our time.

Naturally, as a way to stay on point, everyone starts mentioning their middle names as they’re called up. This has all been a thinly veiled attempt to further irritate Matt.

For those unaware about last weeks revelation, Matt shares his name with a certain male model who specializes in “Mankinis”. Naturally, this has caused a great deal of entertainment at Matt’s expense which we’re all happy to continue despite him trying to differentiate himself by adding his middle name into his official business moniker.

As before, it’s really best to try and not do a google image search of “Matt Hanham”, particularly in public spaces...

Regardless, we all love having a bit of fun at everyone's expense. Though some react to it better than others:

“Well aren’t we a bunch of fucking twats.” - Conrad, overcome with guilt.

This delayed round is on Matthew J Hanham with the support of Jacob P Moffitt, Michael L Duncan, Justin T Bourn, Travis J Hayto and Conrad J Francis. The Simple Minds Podcast unravels topics such as personal development, philosophy, life and business - one wasteful drink at a time. 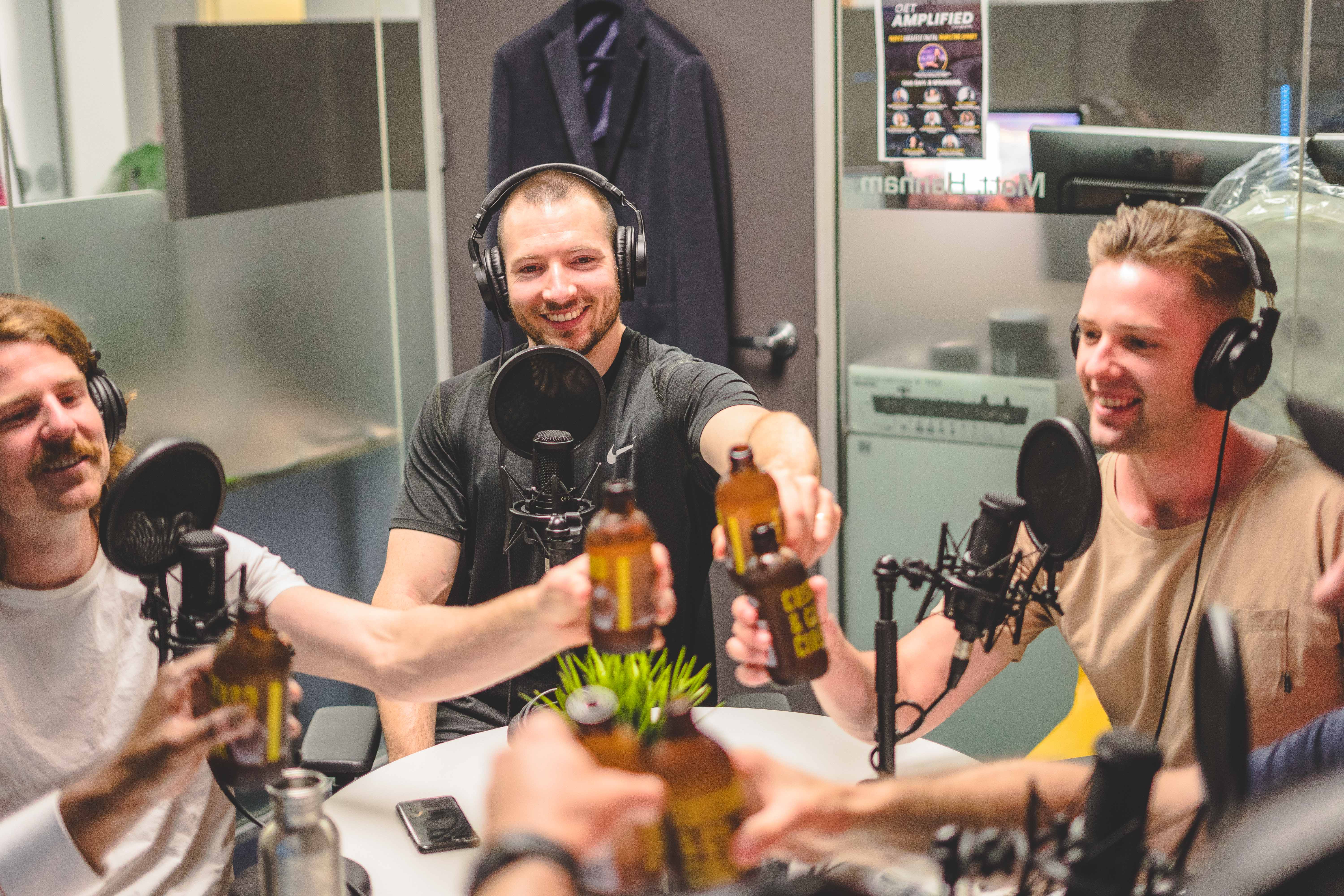 Things get off to an incredible start with Matt citing an article he read recently on the ways in which people waste their time in the workplace, though he fails to get the author right and lists a mysterious “Mike Brown” before eventually being corrected. The author in question was Amanda Abella, you can read her article by clicking on the show notes at the end of the blog.

The point Matt was trying to make was that most businesses are guilty of wasting their own valuable time either by not doing critical things in the moment or creating false systems to extend certain arrangements that are usually not beneficial to the wider business as a whole.

The idea here being that, more often than not, what holds a lot of businesses or ventures back is the inability of us to sometimes commit fully to the idea or fully implement an action we’ve been sitting on. This can come in the form of letting go certain staff, implementing a new aspect of the business or undertaking a major project.

Most of the time we find these sorts of actions are difficult to implement from a mental side of things because so much of these types of decisions are based around the notion that committing such actions would lead to an irrevocable change in the workplace or environment.

As we know, change is a difficult thing to accept for humans, we like our creature comforts and how things are the way they are most of the time. The irony being that, for any true progress to be made either professionally or personally, it is that change in our lives that we inevitably have to make.

Justin makes a great example of this idea by explaining two scenarios he’s been experiencing recently:

Justin recently announced a new event his company is hosting - Unimagined. Justin made the effort to announce the damn thing when he was in Europe doing a Keynote speech, but failed to really mention any of the specifics of the event, as well as the logo being unfinished when the event was announced.

Realizing his asshattery, Justin put the brakes on any future announcements until a final logo could be made. This eventually led to a problem where he found himself delaying large parts of the marketing surrounding the event, using the lack of a logo he was happy with as a tool to justify his procrastination.

Eventually, he managed to figure his shit out and the event was finally given the proper treatment it required, though Justin still feels as though there was a fair bit of momentum lost for that event as a result of his hesitations.

Similarly, Justin also found himself recently in the middle of a good ol’ fashioned blood feud between two people he knew. We have know idea to what extent this feud went for as Justin is unusually coy about it, though we like to imagine a real Hatfields & McCoys scenario, complete with blunderbusses, wide-brimmed hats and hillbilly accents.

Jacob similarly describes a situation where he was compelled to fire an employee he felt was not a proper fit for Movement Co. Being Jacob, he procrastinated over it for 18 months before he managed to finally pull his thumb out and make a decision.

For Jacob, it took until his employee was actually looking to start their own gym, and become a direct competitor, that he actually got his shit together and brought down the hammer.

Michael interjects on this idea and argues that a lot of the major decisions he makes, and has difficulty with, are really just a matter of “using his gut” and going with that, should he feel indecisive. Conrad enthusiastically agrees with that and describe how he usually carries around a coin for the purpose of flipping it over important decisions. The argument here being that we usually have an idea of what to do from the get-go, but fail to make a decision because we grow uncomfortable with the possible result. By flipping a coin, we force ourselves to consider the reality and make a decision more quickly.

This also lets Conrad walk around like a strange Australian version of Two-Face when he doesn’t feel like telling people he’s Batman for a day.

Ultimately, the guys get into the idea of how perfectionism is a large barrier to our ability to progress in our own endeavours.

“We can’t all be Gary Vee” - Michael says something Gary Vee definitely wouldn't.

Often, we stop ourselves from being able to create things because we decide from the get-go that, if that end product isn’t perfect or nearly the quality of production of that more established entities have achieved, than it’s not worth doing.

More, the goal should be to create content or anything else and, particularly when starting out, accept that there are flaws before actually working on them, rather than trying the much more difficult task of eliminating the flaws from the beginning.