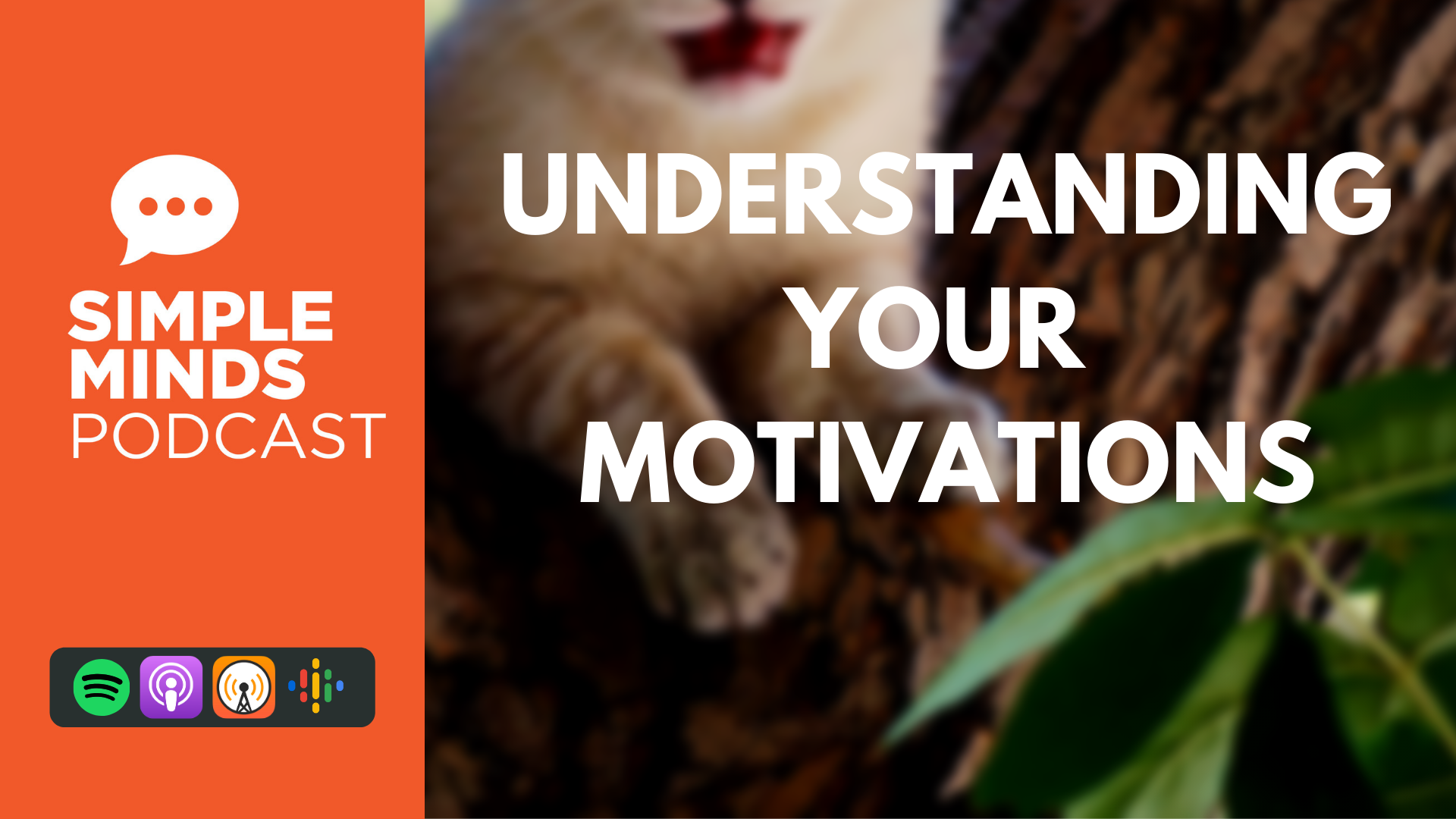 The Simple Minds Crew are back again for another episode of your favourite podcast!

This week, Justin wants to chat to the lads about motivation and how our motivations can shape our futures. It’s pretty heavy stuff so let’s get stuck in!

Justin has also brought with him an awesome bottle of Glenmorangie that he received for his birthday where he hit the big 3-0. (He’s thirty)

“How do you say that? Glen-more-ayng-gee?” - Justin

“I think you should start pouring it some point, to be honest.” - Conrad

A lot of Justin’s thoughts on this topic have actually come from a Medium article written by Sahil Lavingia, who reflected on his experience starting his own company in the world of Venture Capitalists and massive money-making ideas such as Uber and Pinterest, the latter of which he was the second-ever employee of.

You can give the full article a read here.

Much of Sahils journey centred around the establishment of his own business: Gumroad, a business he was convinced would become a billion-dollar idea like those of his contemporaries and that, for the most, was where the majority of his motivation regarding the project came from. For Sahil at the time, his measure of whether Gumroad would be a success or not would be in its ability to finally become valued at the billion-dollar mark.

However, as this always happens with businesses, the actual journey and final result up until now, is very different from what Sahil planned for.

Without repeating everything the article speaks about, the short story of Gumroad and Sahils is that the company struggled to become the wild success that VC firms and individuals count on them to be. As a result Sahil had to lay off essentially all of his employees to make sure ends meet with his business after the second, conditional round of funding fell through from Gumroad not being able to reach certain targets.

Sahil spun into a state of depression and regret, wondering how his friends and colleagues had all managed to fulfil their dreams so efficiently while his own business would continue to struggle.

Gumroads existence continued and the financial difficulties eventually managed to slowly become a thing of the past as Sahil courageously worked on the project in a bid to not let down the creative that had used his platform and services so lovingly. The company was able to hire again and Sahil felt like he’d finally managed to move out of that phase and into a new one. Sure, Gumroad would never become the company he sought it out to be, but that was ok.

The business continues to work away and grow slowly within its own niche.

That, it seems, for Sahil is enough at the moment. His motivation to have a billion-dollar company now having changed to being motivated to showing continued loyalty and love for the thousands of users that kept Gumroad in existence for so many years.

Sahil’s journey remains fascinating in that, his own motivations were wonderful examples of intrinsic and extrinsic values. For Sahil, his motivations at the beginning of his journey were largely extrinsic, being principally motivated by money and social status. His desire to become the owner of a billion-dollar company and live the lifestyle he expected amongst his peers being massive pulls towards starting up how own venture.

Only when the company nearly collapsed before him and the reality of situation came to a point did Sahil eventually come to learn to view his motivations as something more intrinsic, instead resolving to work out of a desire to help those creatives that stuck with Gumroad even as it seemed to fold in on itself.

As a quick catch up, intrinsic values are those that allow us to find value in ourselves, such as the satisfaction of learning a new language or musical instrument. Whereas extrinsic values are those based on serving the more immediate such as money, and example of this would be doing a job solely for the pay rather than the enjoyment.

Reflecting on My Failure to Build a Billion Dollar Company - Sahil Lavingia, Medium