To Be Honest With You... 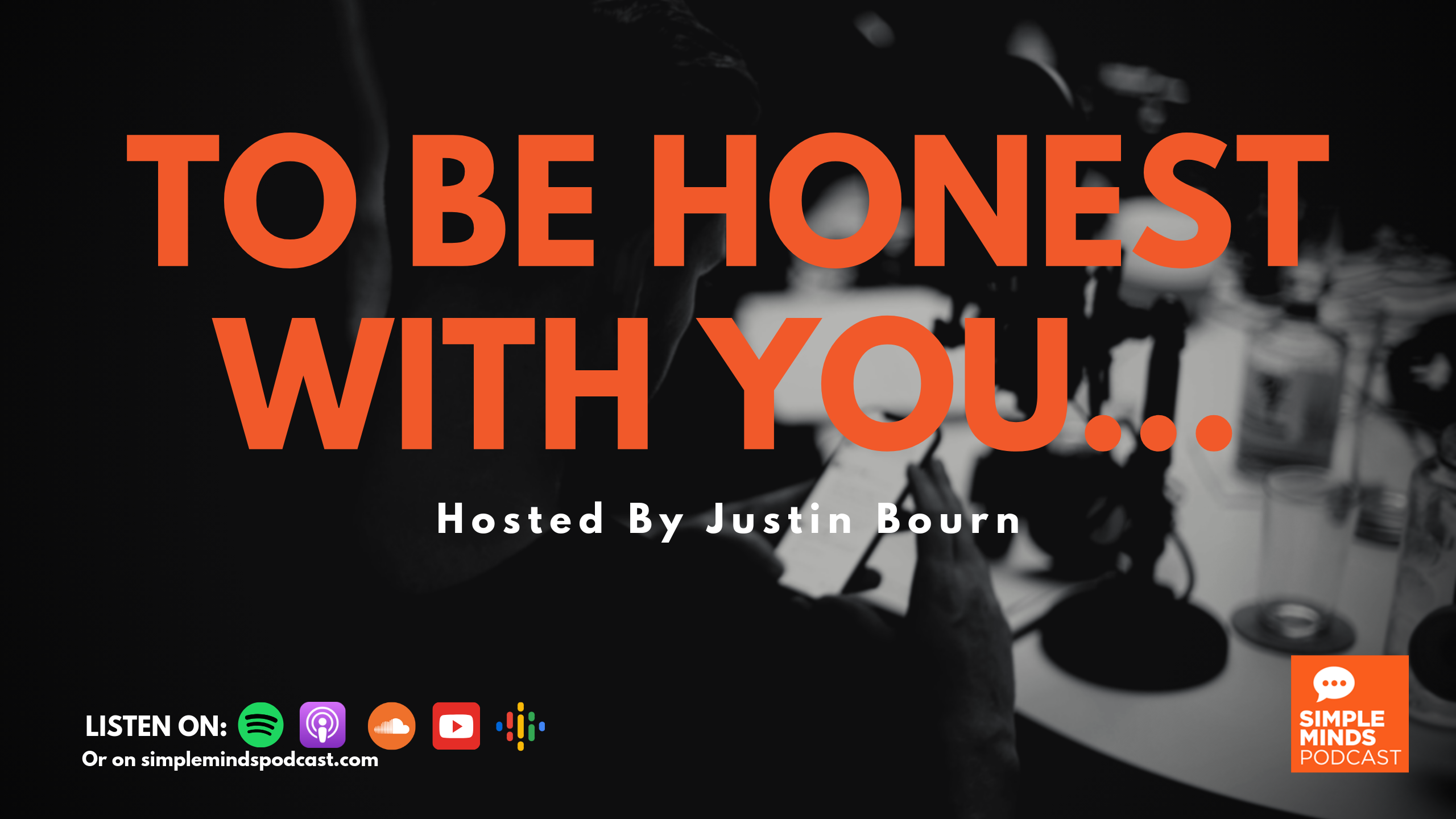 We’re back again to give you your fix of Simple Minds based entertainment like the filthy podcast/blog addict you are.

Justin has brought with him a solid choice of alcohol in the form of a Glassia Annapurna shiraz-cabernet wine that had been recommended by his friend - Simon Perry! (Thanks Simon!)

A great many things were by the lads in their review of the wine, such as:

"It's very grapey" and "It needs a cheeseboard"

We kid, of course, the lads didn't say that. It was just Conrad.

Yeah, this looks like it’s going to be a great episode, so let’s get to it.

We’ve been doing a lot of talks lately on motivation and greatness and having our “Batman Moments” with mentors and such, but one thing we haven’t really spoken about as much has been the much-underrated ability to be honest - particularly with ourselves.

In fact, if there’s a person on this earth that we can confidently say we are the least honest with, it’s probably ourselves.

Though that’s honestly unsurprising, to be honest. Think about all of the little lies you tell yourself to get through a day, or a week, or month.

These aren’t massive of course, just simple little things like:

“I’m sure I fed the cat this morning.”

“My coffee addiction is normal and manageable.”

“The Game of Thrones Finale was a disappointment and my view is entirely not based on the fact that my favorite character didn’t get a fairy-tale ending like I wanted because I’m immature and didn’t pay attention to the story.”

Jokes aside, honesty is remarkably important for us as usually the end result of such honesty in self-reflection is positive as a net result.

Being dishonest with ourselves, on the other hand, is often debilitating and badly impedes our progress to bettering ourselves. Just ask anyone with anxiety issues and they’ll tell you all about the way dishonesty in their own internal monologue of thoughts plagues them.

A key part to the idea of being dishonest with ourselves is the idea of confirmation bias.

Confirmation bias is when a person looks for information that usually corroborates with what they already believe.

For example, you might find those articles on the web that usually start with something like “Studies show that people who don’t read books are often more intelligent.”

Now, for most, this headline is bullshit because we know that such “studies” are often something much more complicated, such as an investigation at a university, that probably admits itself that more data would need to be examined for any link to be even tangentially proposed, as there’s an almost incalculable number of variables that occur to determine someone's overall intelligence.

Of course, though, none of that thought process occurs to that one insecure family member on Facebook who shares that article to justify their own habits and behavior.

This also manifests in something everyone who’s ever had to sit at a family dinner or awkward work lunch - conspiracy theories.

Yep, conspiracy theories are a big indicator of confirmation bias manifesting on a grand scale.

Now, we’re not going to sit here and tell you that all conspiracy theories are bullshit because there are occasions where they have been frighteningly accurate. (MK-ULTRA, Project Sunshine and the 2016 PRISM program being key examples)

But for the most part, conspiracy theories are rooted a lot in a confirmation bias that only reinforces itself as time goes on, until eventually, people become so invested in the idea that, even when presented with clear evidence that contradicts their belief, they will deny it and continue believing their theories.

Similar mindsets occur in politics, with devoted members of certain political parties often completely blinded by their own conviction in the idea that their choice of a political party is correct while the others are wrong. (As a disclaimer, we’re not pointing fingers at any specific party or government, this stuff happens everywhere and all the time, believe us.)

Again, a lot of confirmation bias is rooted fundamentally in the process of confirming an already held belief. The crux of this being that these beliefs sometimes originate without knowledge of the subject at all.

“Smart people believe weird things because they are skilled at defending beliefs they arrived at for non-smart reasons.” - Michael Shermer

So, how does this apply to us? (obviously, beyond the whole “confirmation bias is ruling our thoughts, free will is a lie”) thing.

Well, we’re glad you asked. Ultimately, this applies to our ability, to be honest with our own abilities and motivations and fear that arises from not knowing what we should do.

Feelings of anxiety and “nerves” are the stuff holding us back and, more often than not, the job or lifestyle choice we make is generally much easier than what we give it credit for.

Feelings of anxiety and “nerves” are the stuff holding us back and, more often than not, the job or lifestyle choice we make is generally much easier than what we give it credit for.

So, to put it simply, the only thing really holding us back most of the time is ourselves and our perception that we are not good enough.

To be truthful to ourselves, that perception of unworth has to change through honest reflection and assessment of our own abilities.

That’s it for this week's blog! Be sure to check in every Friday for the latest episode and check us out through Facebook, Instagram or even Youtube!