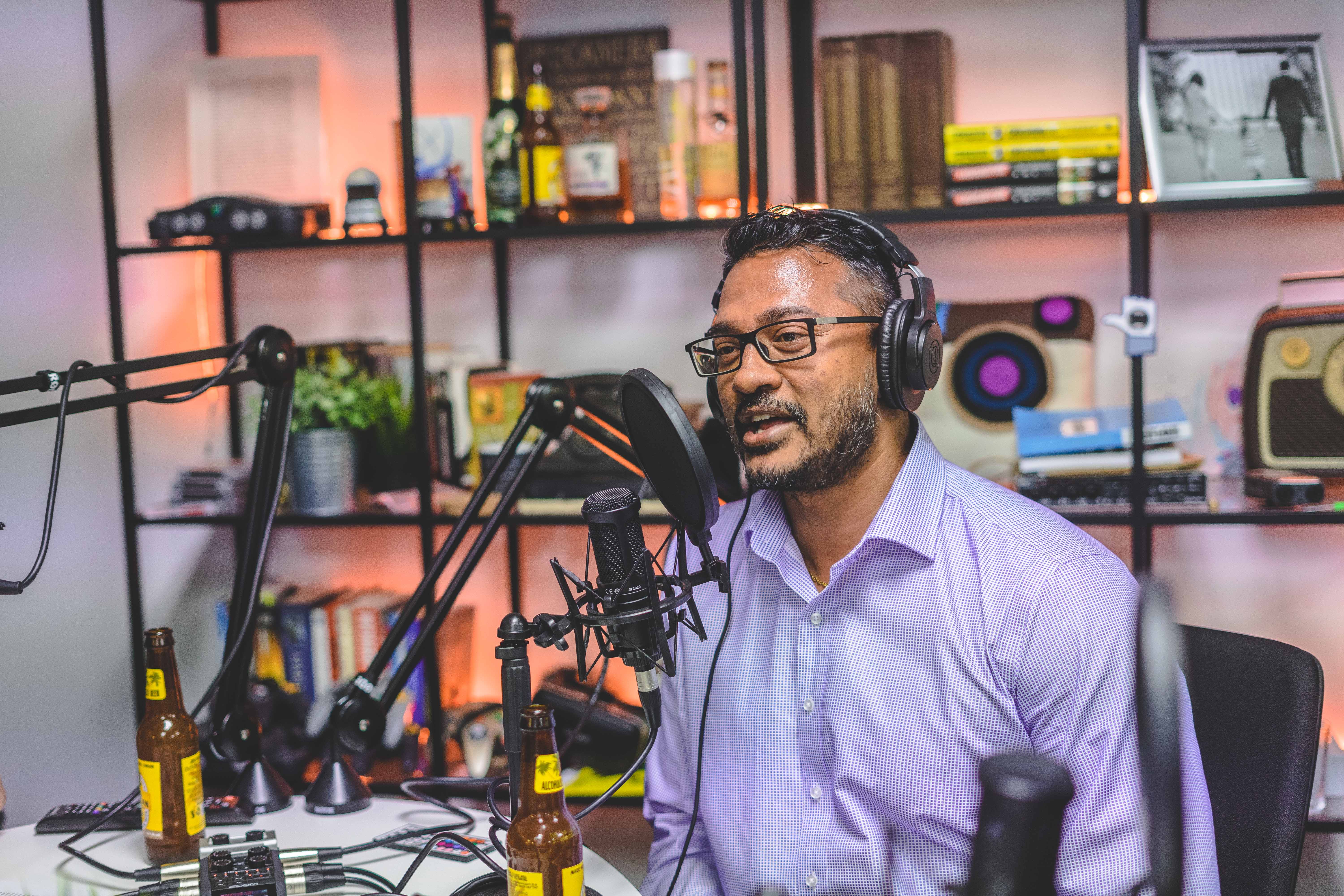 Conrad is the host today and with him,he’s brought a few gingers beers from the land that bequeathed Usain Bolt - Jamaica! With any luck, this will be better than the root beer from last time…

Things kick off nicely, with Conrad revealing to us all that Matt had a fashion consultant at one point, who gave him pointers on how to look cool. (They didn’t work.)

Secondly, and far FAR more hilariously, Matt has a tough time on Google because he shares his name with a different Matthew Hanham who is a male underwear/mankini model.

We’ll just let that sink in for a bit. Though we definitely recommend you don’t do a Google Image search of Matt Hanham, things get...full on.....just a little too quickly.

This super sensitive round is on Conrad “CONYE aka Swaggy C aka The Peacock” Francis with the support of Jacob Moffitt, Michael Duncan, Justin Bourn and Matt J Hanham. The Simple Minds Podcast unravels topics such as personal development, philosophy, life and business - one shameful drink at a time. 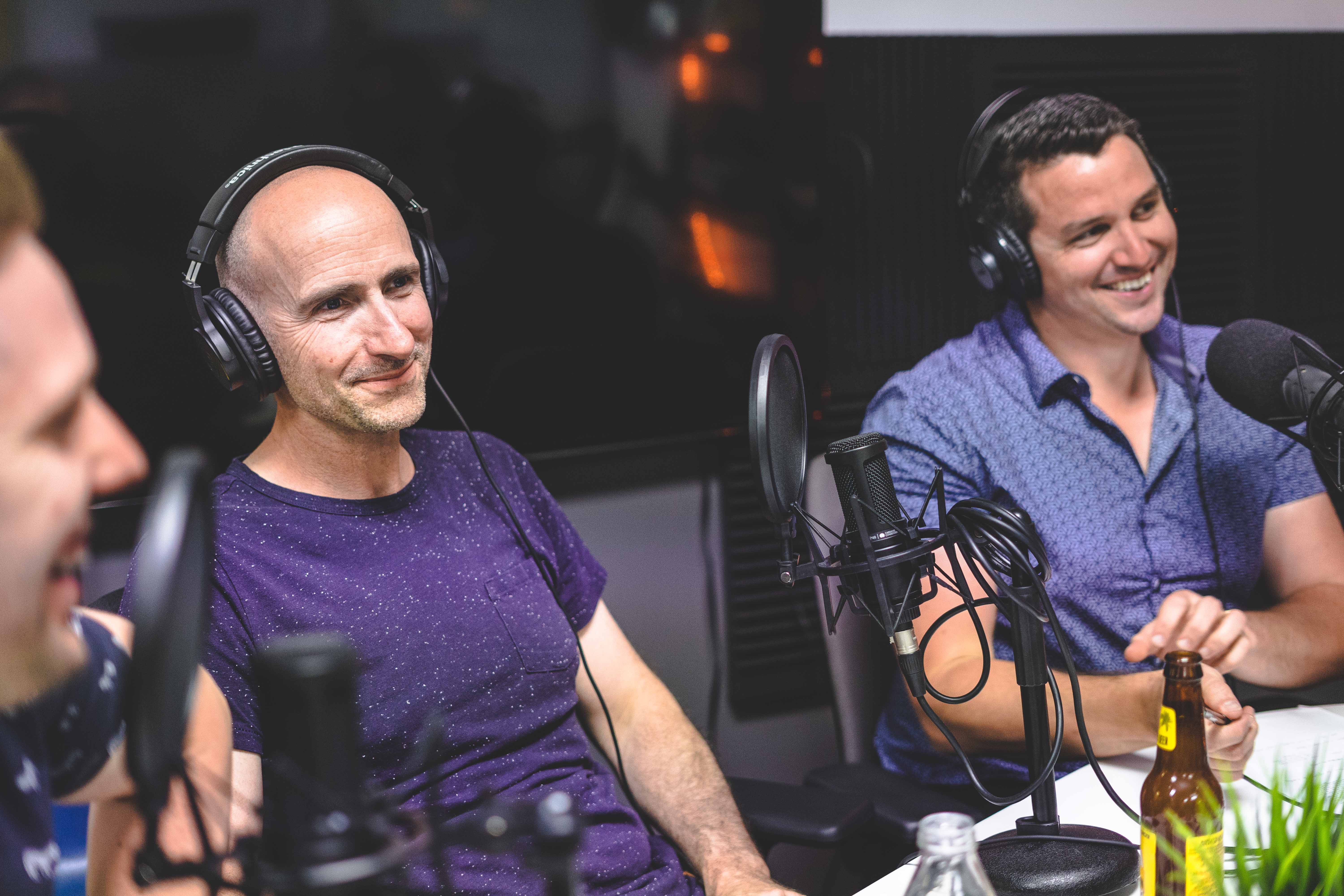 Brene specializes in the field of vulnerability and shame in society and how these concepts affect individuals on a macro level through daily life and it’s many struggles. Specifically, her TED Talk - The Powers of Vulnerability, which has amassed over 35 million views - speaks on how vulnerability, or the lack of it, has deep effects on the psychology of men in modern society.

Without making you watch the whole thing (which admittedly would be useful for today's episode), the general gist of the whole thing is that oftentimes, men have a hard time accepting vulnerability both within themselves as well as in other men. This, in many cases, has led to a severe stigma attached to the idea of showing weakness, with vulnerability often now seen as an emasculating practice.

Ultimately, this has led to probably a fair number of men suffering from unnecessary mental health issues in an attempt to stay sufficiently stoic.

This leads into the idea of shame and the level of utility we can find in suffering from shame and/or dishing out shame upon others.

Jacob, being Jacob, eagerly uses this as a new opportunity to get everyone chatting about his experiences playing American Football. Particularly, Jacob reveals the sense of shame he felt when he briefly quit the sport when the position he initially played in (Linebacker) became too much for him and he shit the bed.

For those few who are somehow not aware of this story, Jacob dreamed of being the Australian equivalent of, the Pittsburgh Steelers very own, Antonio Brown. But during preseason he was put at Linebacker because that is where the team needed players and because he is a unit. Jacob eventually got moved to wide receiver after he told everyone in the team he wanted to quit the sport and now has to live with being a quitty little quitter.

It is said that, when Travis Hayto first heard this story, his moustache furrowed so tightly with white-hot rage that even a collapsed star would not have been able to match the extreme density of his mighty facial hair.

Jacob felt he had shamed himself in the team and carried a great deal of insecurity as a result. It was only when, in an act of vulnerability, he confided his feelings of shame to a fellow team member, that he was able to come to terms more easily with his actions.

Matt jumps in and makes some valid points, remarking that Conrad pointing out he had a fashion consultant as a way to poke fun at him is a prime example of the concept in action. The idea being that in the event that a man displays any desire to improve themselves aesthetically, this results in acts of shaming from others.

Justin makes a similar point after being quizzed by Conrad on when he last cried. In short, Justin felt he had “simply let down” his wife in their relationship and that during an argument over the matter, he became very vulnerable, to the point that he felt shame for letting himself become so emotional.

Despite this, Justin makes it clear that this event was massively helpful for him as it clarified the issues he was having and allowed his marriage to flourish more as a result.

Michael, having seen everyone else start talking about their own moments of vulnerability, makes the choice to start defending shame as a tool in society.

While perhaps a bit poorly timed, Michael has a valid point, arguing that while shame is a horrible thing to internalize and is something that can be used by others for the purpose of permanently damaging individuals, certain, moderate levels of shame are still useful, and even vital, for a functioning society.

Without shame, we as a society would have a fair few issues as many negative behaviors, such as procrastination, laziness, bullying, and violence are often countered, at least partially, by the act of shaming.

This brings up an interesting argument on the difference between shame and guilt as wider concepts and how these two terms differ. Principally, we could argue that guilt, as opposed to shame, is a more introspective force, being a result of an internalized sense of empathy or to feel “shame” from one's own set of principles.

Conversely, shame can be more straightforwardly defined as a sense of negative emotion that comes about from the beliefs of others or the inherent fear of what others may negatively think.

Guilt = Inward, “From the self”

Shame = Outward, “From others”

Michaels argument brings up a valid point by Conrad on whether we have been incorrectly using the term “courage” and how we understand its applications.

For the most part, we define courage as acting in spite of fear, however, this is often only narrowly applied and only really largely to do with the idea of committing heroic acts. (Like slaying dragons, or saying Conrad isn’t actually Batman.)

Very rarely do we actually apply this idea to the acceptance of vulnerability which, when viewed from the masculine position of vulnerability being a shameful act, is arguably a perfect definition of the concept, being an act we commit in spite of our fear of reprisal.

Things come back around with Matt once again mentioning his own struggles as a younger, even less stylish, man with anxiety issues. Matt goes on to argue that his own struggles with his own mental health stemmed from a long inability to allow himself to be vulnerable and open to outward help. Matt’s anxiety became so debilitating as a result that he was stricken with illness for several weeks and unable to work.

The guys, in classic Simple Minds fashion, whenever Matt opens up about something, choose to largely ignore this and move on to a new and more entertaining subject. Deciding instead that Matt’s choice of fashion was far more important.

It’s apparently described (by Matt himself) as a “combination of 90s Basketball movies and David Hasselhoff.

“Josh is going to have fun with that.” - Justin, referring to someone who definitely doesn’t write this blog and has no idea what he’s talking about. 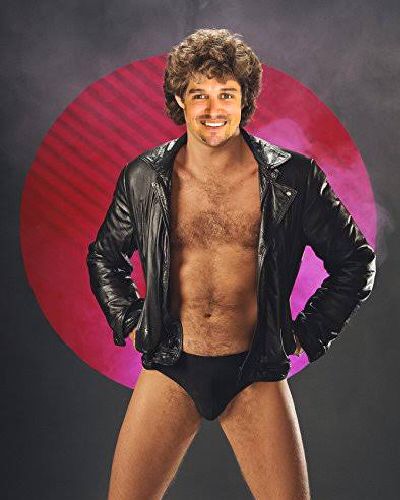