How Tough Are You? 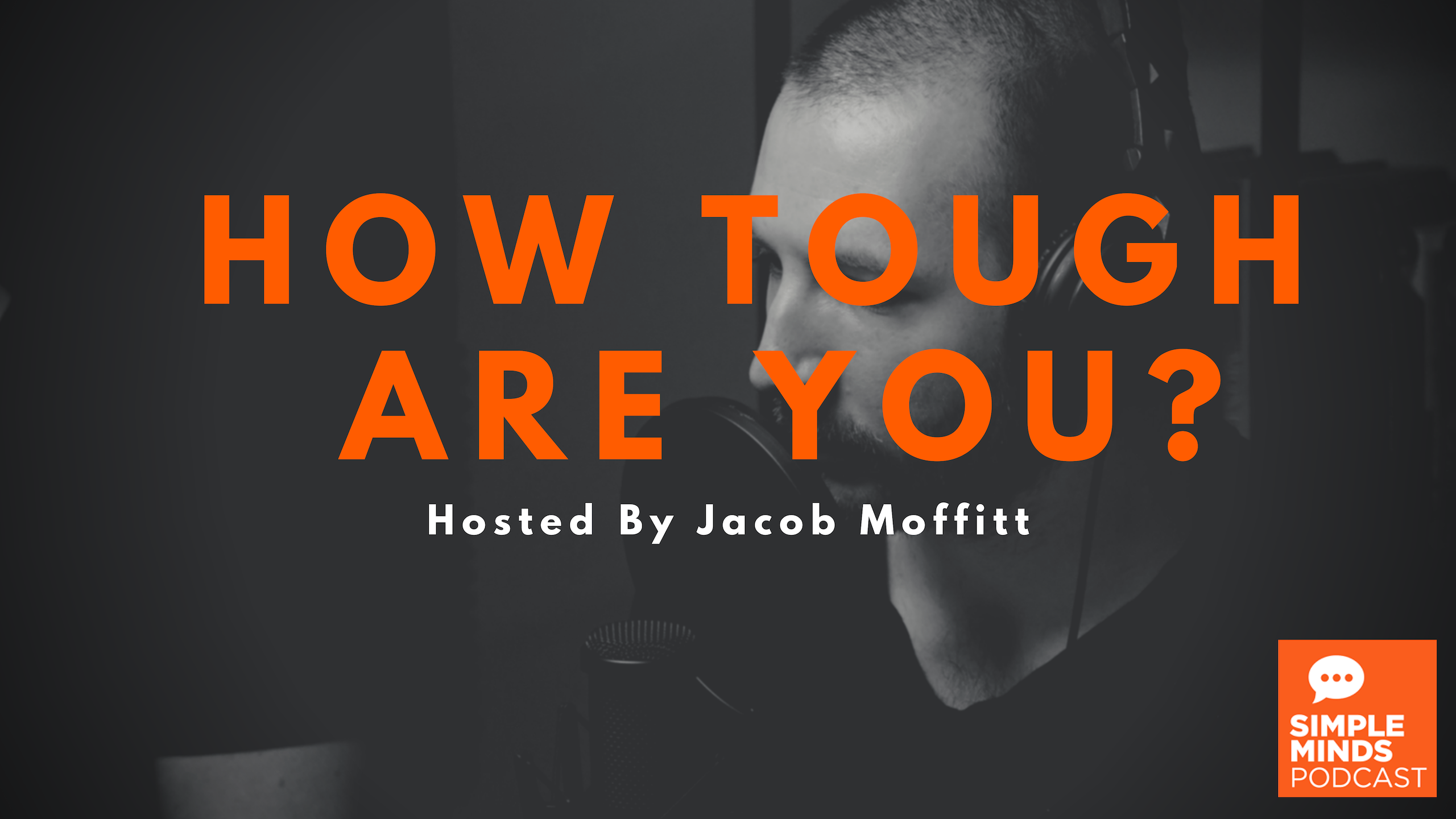 Are you ready for another round of Simple Minds? The lads certainly are, as Jacob is the host this week!

Jacob has brought with him some (non-alcoholic) Muscle Milk from Asahi Bros. that the guys are all very familiar with as it turns out. 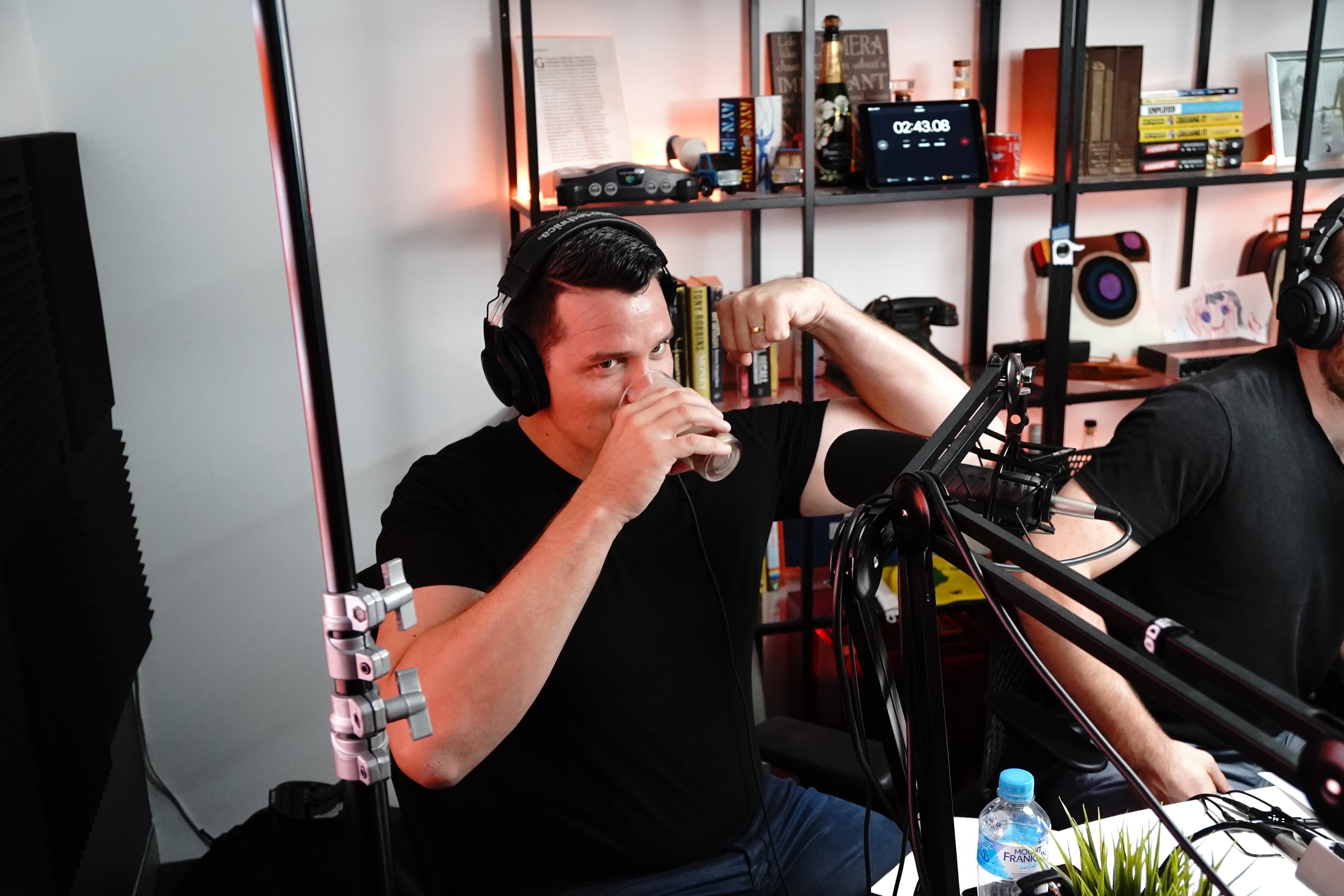 The subject of toughness is an interesting one to wrap your brain around. Pain is fundamentally a  construct of the human mind as a tool for self preservation, often our definitions of toughness centralise around going against this entirely and pushing forward regardless.

Take for example David Goggins, who ran a 100 mile ultramarathon in 19 hours. Goggins is unusual in that his “toughness” or desire to push on in spite of his body screaming at him to stop led to Goggins suffering massive shin splints, broken bones in his feet and an overworked digestive system that lead to blood in his urine (also known as “pissing blood”).

In short, Goggins is a pretty fucking tough guy.

But still, the question remains, was Goggins exhibiting a high level of physical or mental toughness?

“The dude was pissing blood Simple Minds Blogger Man, of course he was physically tough ya dummy” - You, the Reader

Ok ok, sure, the dude was obviously physically tough as he managed to keep going despite probably being a fair amount of physical pain. The point we’re trying to make here is whether that drive to keep going in spite of the injuries he was sustaining was more a matter of extreme mental fortitude rather than simply having a higher natural tolerance for pain.

In other words, how much of that physical toughness was achieved through being able to overcome the pain through the mentality that Goggins was using?

Ok, So David Goggins is the toughest man alive, he’s Action Man and Wolverine balled into a single man capable of enduring more pain than any of us can dream of.

However, is Goggins absolute insanity being treated fairly? When we speak or write about his exploits, do we contextualise this outlier of both mental and physical toughness as just that? An abnormality? Or is this a benchmark for others to be measured against?

We couldn’t help but wonder how many people read articles about David Goggins and started to feel insecure on the subject of their own toughness. Which, lets face it, in a world more comfortable than any previous time in human history, it isn’t that much of a stretch to imagine that people are much more “soft” (or “Sawft” as #GaryVee puts it) than previous generations.

More specifically, how much of the expectation to be tough, as a man, is damaging to men emotionally and mentally? We’ve certainly seen enough of that talking point popping up around the world recently, with the subject squarely focused on the idea of masculinity being the root cause.

Societal expectations of men usually focus on the ideal of being stoic and commanding of respect, not to mention being physically capable of keeping loved ones safe. All of these things, as well as many more of the expectations surrounding men, usually require a tremendous amount of mental and physical fortitude to maintain, with little room often being left for men to openly speak about their fears or concerns, as this is often viewed as a sign of weakness.

Can Toughness Be Taught?

So this brings up an interesting point, can toughness as a concept be taught? Or is there an inherent ceiling of toughness we are limited to on a person-by-person basis? Or are there certain base levels of toughness that we should be aspiring to achieve and then maintain as a minimum?

For successful people, it’s common for talk of mental toughness to be made, as much of this is self-evident. To be successful, mental fortitude is one of the most valuable tools you can have in your arsenal as it’s critical for dealing with the potential failures that inevitably occur on the path towards a successful business.

So how valuable is physical toughness? Does being able to run like David Goggins make you any better at your career? Probably not. Though training in physical toughness does have the benefit of usually leading to a greater level of mental toughness as well. The constant discomfort and pain that the mind is required to overcome when training the body often leads to a greater ability to take on stress in other situations.

This doesn’t necessarily have to focus around going to the gym though, often the process of “toughening up” can be as simple as changing certain habits in your daily routine to be more inconvenient, such as taking a cold shower or sleeping on the floor (Marcus Aurelius did both and he did pretty well for himself).

Of course, going to the gym is a big help. You should totally do that too to be honest.

That’s it for this weeks blog! Be sure to listen to the podcast and let us know what you think either on Facebook, Instagram or even Youtube!

You May Be Strong...But Are You Tough? - The Art of Manliness