How to Speak Your Love Language 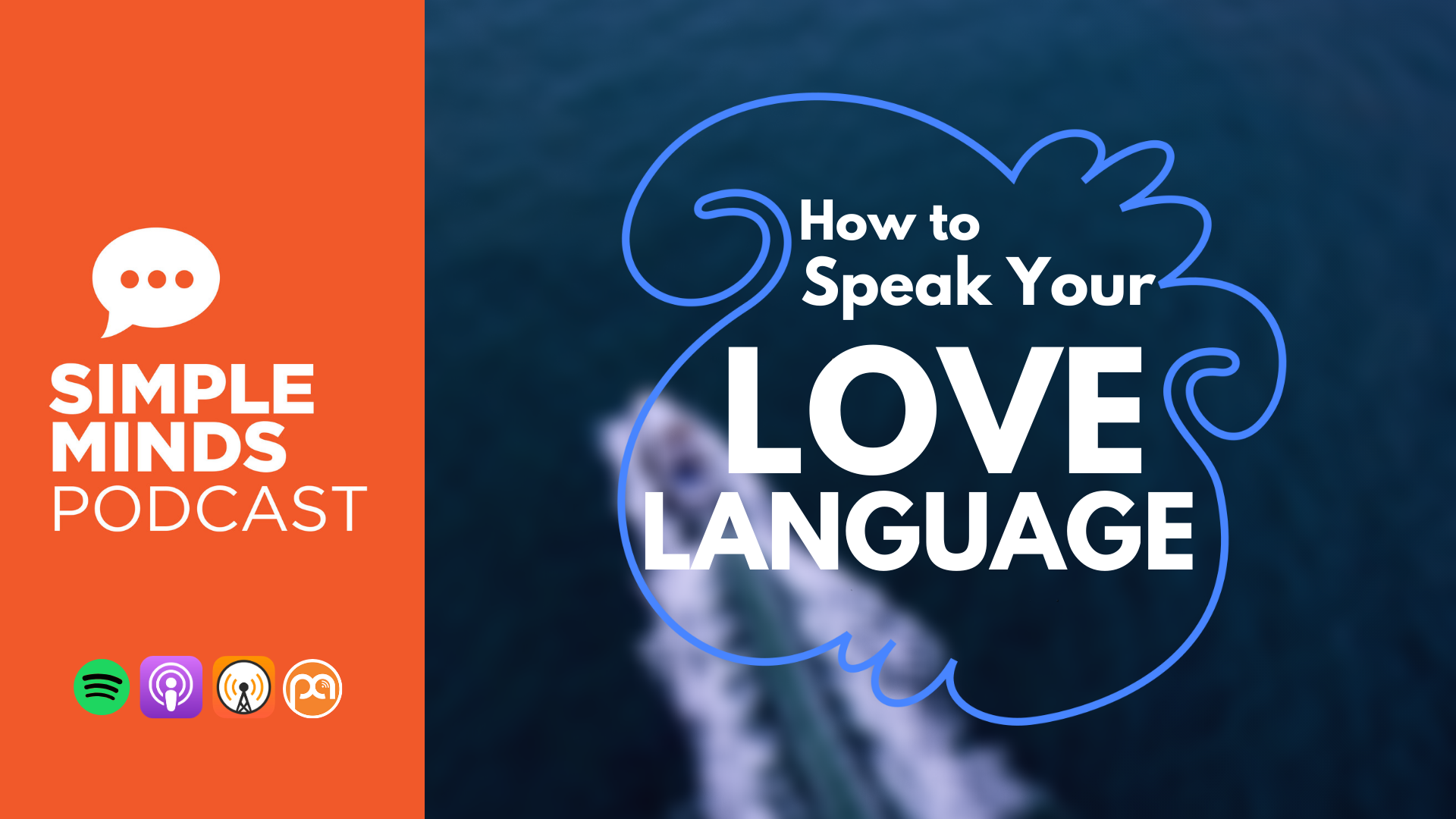 We’re back again with a brand spanking new episode of the Simple Minds Podcast!

This week, the lads are discussing the power of Love Languages and how learning both your own and the languages of people you interact with can be a useful tool in personal and professional relationships.

Travis has also brought with him the one drink he loves the most: Single Finn Summer Ale!

“This is one of the old faithful’s for me, I’ve probably brought it into the studio over ten times and- what are you doing?” - Trav

“Conrad is taking a selfie, the reasons why are scarier than you’d imagine” - Matt

We don’t even want to know what that app is or what it does.

Anyway! On to the show!

So just what is Travis actually going on about in this episode? To be honest, we can’t understand him half the time as we often spend too much time staring in awe of his powerful moustache and magnificent mane of orange hair. Still, he actually makes some points that are worth actually taking note of, this being one of those cases.

Gary Chapman has been the primary source of the “Love Langauges” concept, being the one who wrote the first book covering the idea in 1992.

Essentially, what Chapman is referring to is the idea that we, as humans, have five different ways that we receive and express love from and to others.

These five languages, along with the best explanation we could muster,  are:

Words of Affirmation: People with low-confidence that need an IV drip of compliments and verbal encouragement to get through the day.

Acts of Service: Lazy people who often need others to do work for them and feel good when that happens.

Quality Time: The kind of people who can’t be relied on to be left alone without going into a fugue state.

Yeah. They’re all pretty self-explanatory to be honest.

The idea here is that, generally speaking, you’re going to probably have one major way in which you enjoy being loved, and expressing love. You’ll probably also have little inclinations towards the other languages as well,  in all honesty. Though that doesn’t diminish the point here at all that; everyone has one primary way they feel at least appreciated and one other way in which they naturally express that appreciation to others.

In the case of Travis, his primary Love Language has been Quality Time because he’s needy like that. Meanwhile, Travis’ wife is primarily motivated by “Words of Affirmation”, how did Travis know this you ask? Well, that’s because everyone’s favourite 6’3 Sentient Cloud of Cheeto Dust made it a mission to secretly figure out his own wifes Love Language so that he could covertly experiment on her without her knowledge to figure out if this whole “Five Love Languages” thing actually worked.

“So after giving her plenty of encouragement and compliments I decided to basically go cold turkey and give her nothing as far as words of affirmation and see what happens. I’m telling you, it was like night and day the change, we were suddenly arguing more and there was much more tension, as opposed to before when I was following the love languages thing and we were doing great.” - Travis

Eventually, Travis did tell his wife what he was up to and explained how the whole thing worked. We’re not sure how well that piece of information went down though we assume she got over the whole thing eventually as they’re still together and even have a child now so yeah.

Love in the Workplace

The funny thing about all of this is how useful Travis has found the 5 Love Languages idea, having moved on from his spouse and instead deciding to try and covertly manipulate his employees and team-mates using similar methods.

That too has worked hilariously well according to Travis, with his employees and teammates seemingly much happier with him, and in general, since he began doing it.

Well, that’s it from us for this week, be sure to have a listen to the episode an get a full idea of what the guys are talking about and maybe even figure out what your love language is!

Leave us a little bit of love as well by giving us a review on Apple Podcasts!