How to Relax and Get Things Done 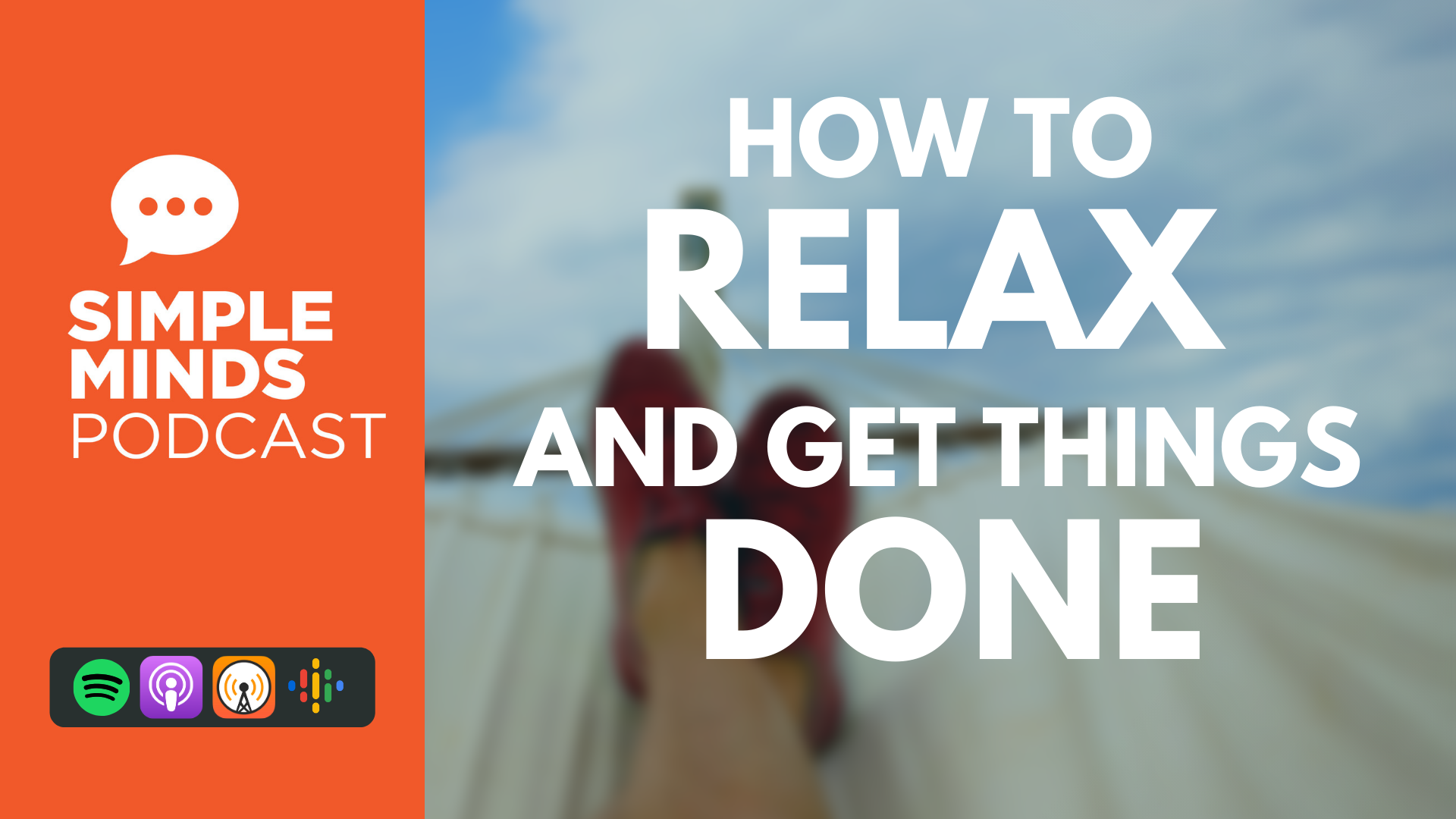 It’s us again and we’re back once more for some casual and relaxed Simple Minds Podcasting goodness.

Matt’s come back from his holiday and, after a considerable amount of time chilling out on the beach and fishing, he’s come to the conclusion that sometimes it’s important to take a break from time to time.

“Breaks are for Whimps” - Conrad, subtle as usual.

Ok so, to be honest, if you know Matt than you’d know that the above was actually not true. The truth is that Matt had a blood test the other day and noticed his blood pressure throughout the day fluctuated depending on how much work he was trying to complete through the day. With it rising to very high levels when he would go through his “sprint” periods of work to get large volumes of work done.

The problem here is that this would be followed by long periods of lethargy and procrastination, which would inevitably lead to Matt having to do another sprint to make ground again. It’s a horrible circle of action and inaction and Matt’s been growing increasingly concerned as a result. If only because he’s not sure whether this is affecting his longterm physical health.

The truth of the matter is, of course, that Matt has every right to be a bit concerned. How we work is a major contributor to our blood pressure and overall health. As we know, work and stress come hand in hand and the effects of stress on blood pressure are well documented.

Oh? What’s that? You haven’t heard about how work stress and high blood pressure are closely interlinked? Well, read below and be enlightened.

High blood pressure as a result of work stress and anxiety is a scarily common thing that happens to the average person working the 9-5. It’s huge in fact, with work environments becoming faster-paced and even more systemised with new technology and leadership techniques, the anxiety that works environments have incredible potential to come across as overwhelming to many.

In a longitudinal study of roughly 2000 fulltime workers with high blood pressure over 18 years, it was discovered that those that reported having stressful jobs were nearly 3 times more likely to die from heart disease.

That includes things like heart attacks, strokes, aneurysms, kidney failure and the unpleasant deaths that usually follow these events when they occur.

This also gets exponentially worse when you start to factor in stuff like poor sleeping habits.

Lack of sleep, much like work stress, has a similar effect on the cardiovascular system, being a major contributor to the conditions that heart disease commonly occurs in. In fact, having poor sleep can create as high a risk of longterm cardiovascular issues and heart disease as work stress and high blood pressure. It’s pretty damn bad.

A Lot of the time, when we get into a state of overworking and long hours, they come as a result of not having the right kind of work balance in the first place. This then usually leads to longer hours and less sleep. Which, in turn leads to lower productivity that results in more hours and more sleep deprivation. This is also a vicious circle of poor habits and work culture.

Now, if there’s a culture out there that’s well versed in the art of working terrible hours and being stressed beyond the absurd before flatlining as a result, then it’s Japan. Yes, the land of the rising sun is, for all intents and purposes, seemingly filled with salarymen and women who arguably just about never even see the sun most days, regardless of whether it’s rising or falling. And it’s in Japan where a special term is whispered around water coolers and lunch rooms - Karoshi.

Karoshi is the Japanese term for “death by overwork”. The reason the Japanese have a whole world dedicated to this phenomenon is that it’s surprisingly common in the country.

The most high-profile case being the death of 31-year-old reporter Miwa Sado, who died of a heart attack after managing to log 159 hours of overtime while only taking two days off over the course of a single month.

A similar case occurred a few years before that as well, with 24-year-old Matsuri Takahashi committing suicide after working an average of over 100 hours of overtime for several months in a row.

Both of these cases have been attributed to “Karoshi” and have lead to massive debates in Japan regarding the countries work culture and the nature of work/life balance.

In short, try to keep your blood pressure low and stop working overtime, there are other ways to make sure you get your work done, and they don’t involve sacrificing your physical/mental health to achieve that.

Hey! You got through another episode of the Simple Minds Podcast! Good for you! If you find yourself getting inspired by the lad’s chats than do us a favour and leave a review for the show on Apple Podcasts! It helps massively and lets us reach out to more and more people!

Japanese Women “dies from over work” after logging 159 hours of overtime in a month - Justin McCurry, The Guardian