How to Plan Your Week for Success 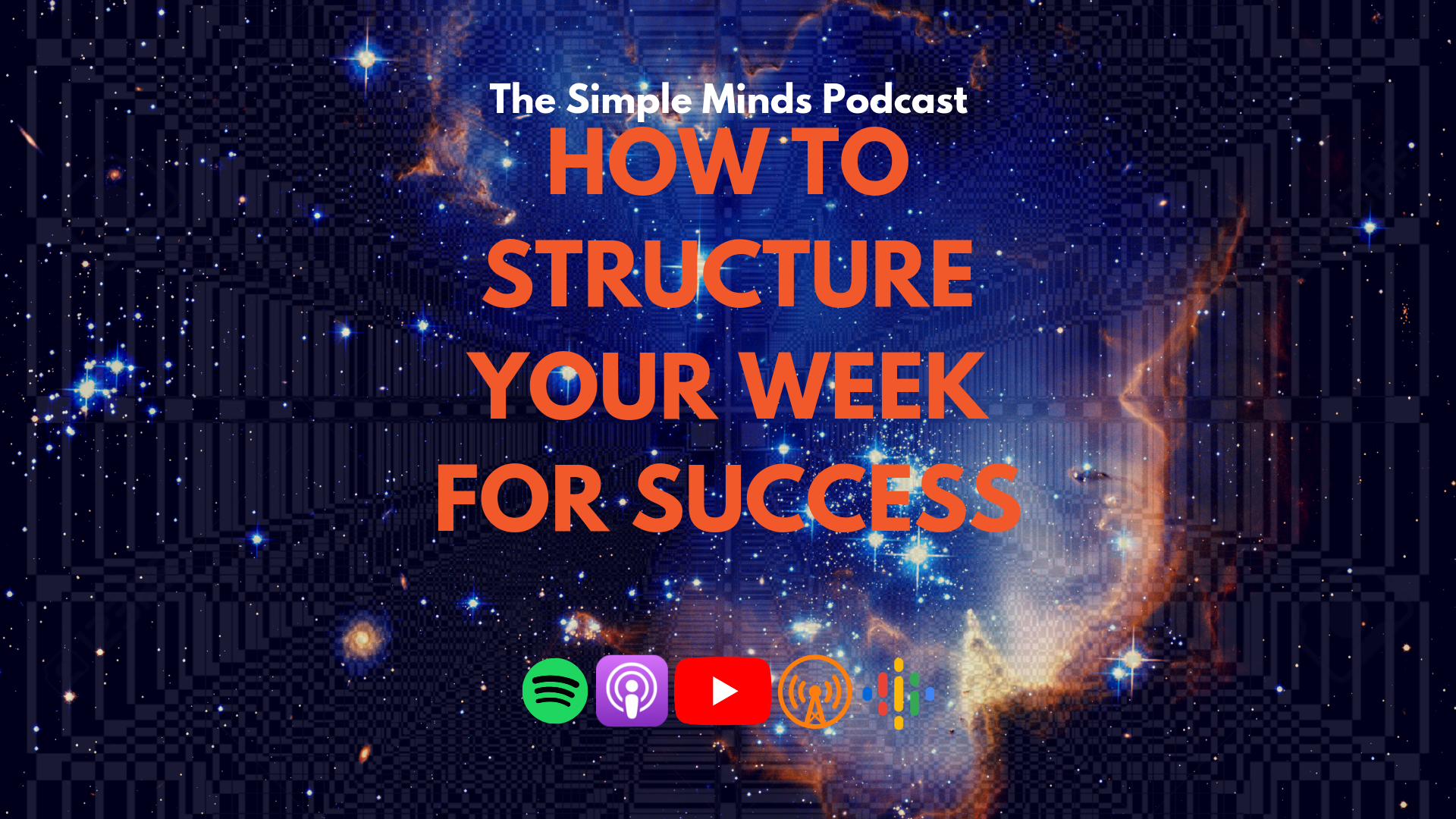 We’re back again and this time we’ve got Matt coming in to chat with the lads about how to  find the time to do the shit they want to do.

Trav still hasn’t managed to climb his way out of Sydney, so it’s just a four-piece band this time around. Though it sounds like not everyone is pleased...

“Thank you for gracing us with your presence, Conrad.” - Matt

“I am beginning to question my presence to be honest.” - Conrad

Running Out of Time

It’s a bit of a strange thing when humans say that they’re “running out of time”. Time is immutable, it doesn’t really move for anyone or necessarily “run out” so it seems bizarre we always refer to it as such.

Even stranger when you consider how humans are, generally speaking, one of the few creatures on earth capable of perceiving and tracking time as it moves along.

Yet, despite this relatively rare skill, if you ask anyone how they’re doing, they’ll inevitably tell you that they’re “running out of time” or “don’t have any time” as though we’re all sort of under pressure to get a million things done without any hope of reprieve.

So, how do we deal with this? How do we glean any measurable form of success from the chaos that is life?

The keyword here is - success.

Just what is success? How do define it? Will I stop asking rhetorical questions and actually get to the point?

The truth is, unsurprisingly, that success is pretty much whatever you define it to be. For some, success means getting enough work done in the week that, when the weekend rolls around, they can throw themselves into their free time with enough gusto to really make the crushing inescapability of existence not seem so bad for a bit.

For others, it’s about spending more time with their kids.

For the lads, success in the week means reaching the goals they’ve already set up for themselves.

“The worst thing you can do is have a mindset that things are going to be ‘finished’ at some point so you can get to something else. Which never happens” - Justin

Those goals, of course, vary considerably from week to week, but it’s important to keep a good tab on things and not set yourself too many big goals at a time to create overload.

“Sometimes, in fact a lot of the time, I find myself with a full calendar of commitments, whether that’s work, or kids, or something else, and I have to say to myself that that’s it. I’m full that day or week and I physically cannot do more so there’s no point getting disappointed that something else couldn’t be done at that time.” - Matt

To Grind, Or Not To Grind

For the guys, there’s also a fair amount of debate on what should constitute a “week” and how to approach your time and days in those terms.

For Conrad, the week is the whole week and, while even he admits it doesn’t work for everyone, the idea here is that working towards a weekend constantly can create a warped sense of time, divided squarely between “work” and “free time”. Which may not necessarily be the case for some people.

“There is no such as thing as a healthy ‘life/work’ balance, one will always suffer because of the other. So, for me, it’s better to simply embrace work as part of life and go from there.” - Conrad

Again, this type of approach may work for some people, but isn’t for everyone so if you find yourself feeling like you’re burning the candle from both ends than that’s probably a sign to make a shift in how you approach your time.

For Conrad, Matt and Justin, that means being able to work all week and not really worry too much about how what kind of weekend they’re having and whether they’re doing things “properly” by fitting into the 5/2 weekly schedule,

For Jacob, on the other hand, that approach is still a big part of how his week works, though this largely works for him because his time with his two sons is fairly limited during workdays so a neat block of time feels more fulfilling.

That’s it for this week’s blog! Be sure to leave us a review if on Apple Podcast or even follow us on Spotify, YouTube and/or Overcast!