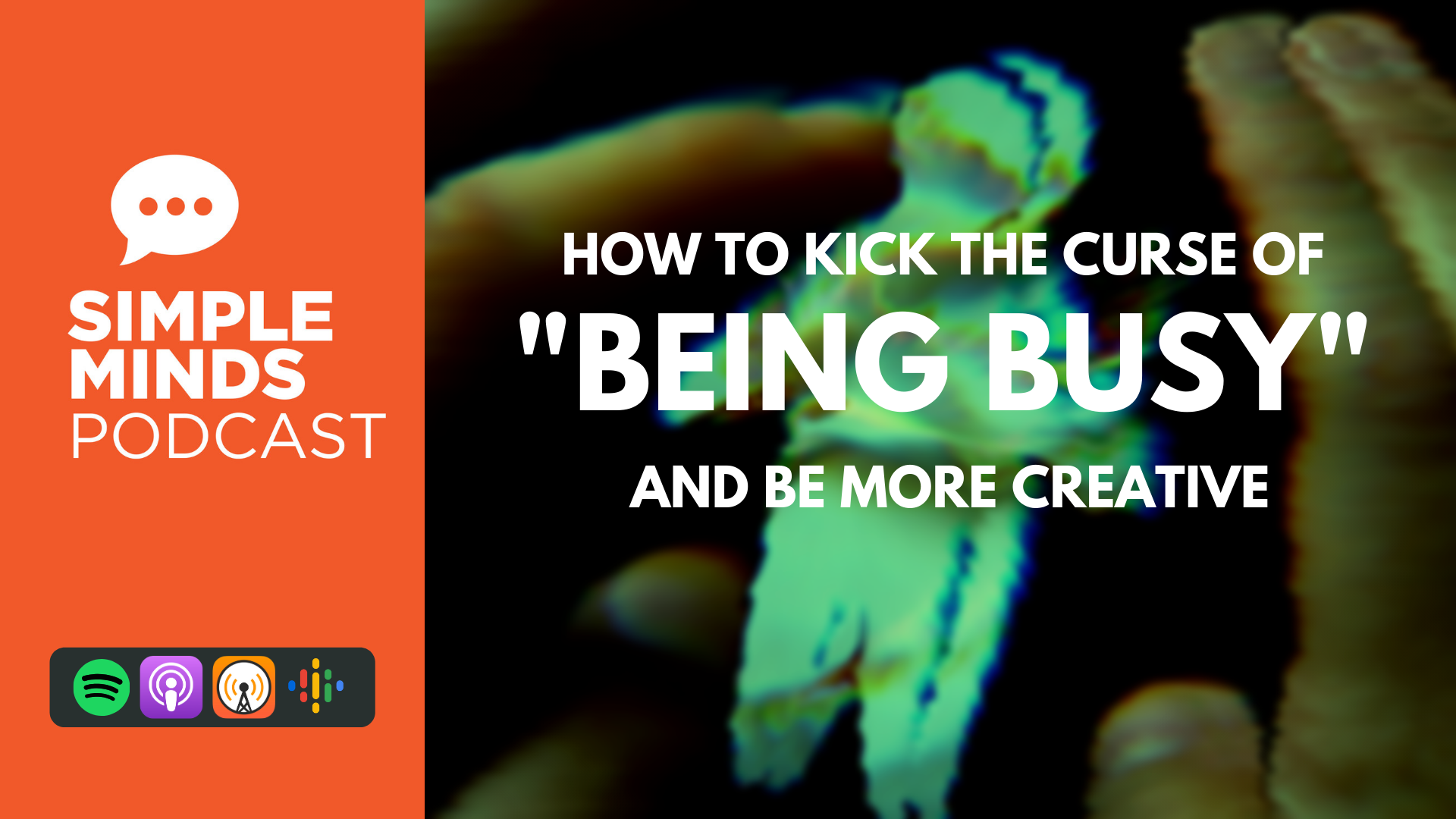 The lads have been let out of their cages once more.

This week, Matt speaks to the lads about how everyone seems just so god damn busy these days and how it could be coming at a cost to the periods of creativity we all need to get by.

As if to emphasise this point, Matt’s brought with him a few bottles of Little Creatures Rogers Beer!

The lads all seem to actually be enjoying this one for once as well, which is pretty rare in all honesty.

“Well, my tastebuds are pretty fucked then” - Conrad

It’s no secret that humans have been getting pretty fucking busy these days. New techniques in “boosting productivity” and getting more done in the day have been the primary focus of most businesses that want their employees’ abilities to be at the forefront of their minds. Anything can give us an edge in business and so it’s been that preoccupation in helping employees achieve higher levels of focus and productivity that means humans in the modern era are a pretty busy bunch of people.

We’re in a constant state of answering emails, checking our workloads, and making sure that the pieces of business we need to actually get done as time goes on.

This, of course, doesn’t even mention the horrifying reality of social media, which seems so horrendously prevalent in our lives that even the small amount of free time many people have is promptly eaten up by the browsing feeds and news feeds of Instagram and Facebook, not to mention the existence of Youtube, Linkedin, Twitter and now TikTok.

Things will probably get worse as well. The advent of self-driving cars and wider transportation, as well as the automation of multiple other industries, means that humans will have even less they really need to focus on beyond the busyness of their own lives.

In short. It’s a really really busy time for people.

Culturally, this probably isn’t helped by people like the venerable Gary “#GaryVee” Vaynerchuck, as well as a slew of much lesser “entrepreneurs” on social media that put a massive emphasis on the importance of obsessive levels of work as a way to eternal happiness. With buzzwords like “grind” and “hustle” becoming commonplace amongst the overworked as a form of paradoxical self-care.

So, where does all of this business actually lead to?

How much can we tolerate in our lives before we eventually burnout? Is it even worth it to play this grand game of longitudinal chicken with our own lifestyles?

As it turns out, all of this business has it’s obvious downsides, with it principally becoming an issue amongst humans and their own creativity.

Yup. Creativity has become a problem amongst modern humans as we’ve managed to essentially “tune out’ and rely on our “linear thinking” as a way to get through the day without engaging our “creative thinking” bits.

For context, our Linear Thinking is the part of our minds principally concerned with “real” stuff like decision making and what it is literally in front of us, such as work or social media.

Our Creative Thinking is, by contrast, the part of our mind that’s mostly focused on the inward and abstract. This art of the mind is only really engaged when we start to settle into a “daydream” modality of the mind and let our minds wander for a bit.

“Artists recontextualize reality and offer visions that were previously invisible. Creativity engages the brain’s daydreaming mode directly and stimulates the free flow and association of ideas, forging links between concepts and neural modes that might not otherwise be made.” - Daniel Levitin, The Organized Mind (2014)

In layman's terms, the mind needs to spend some time actually doing some daydreaming from time to time to actually run optimally. In essence, the act of doing nothing is actually highly important to us mentally, as it allows the brain to engage an entire other side of the mind and flex itself out like a muscle.

The Power of Imagination

This is, despite our own nature, blindingly obvious when we think about those who came before. Most of histories greatest thinkers, scientists and philosophers came from eras where people no doubt had a lot of fucking time on their hands. As a result, they filled up that time pursuing other interests from their primary vocation.

As an example, let’s bring up the tale of one of history's busiest men ever, the 26th President of the United States; Theodore Roosevelt.

Ol’ Teddy was arguably one of the most hilariously over-productive and hard-working politicians of his era, or any era for that fact.

Here’s a quick rundown of things Teddy did during his tenure as leader of the USA:

Yeah. Teddy was the fucking man.

Here’s the thing though, Teddy Roosevelt was also one of the most hilariously chilled out presidents ever as well, as he often spent time leaving the Whitehouse for weeks, or even months, at a time literally doing anything he wanted at the time. Often with no notification that he’d left or even where he was.

His security detail were apparently very stressed people at the time.

The kicker here is what Teddy would do on his random bouts of time off. He’d go camping, fishing, hunting, birdwatching and even just casually roughriding in a random direction until he’d hit a new country.

These are all pretty solitary activities that leave a lot of time for the mind to wander and daydream and that’s arguably what Roosevelt did as he engaged his creative mind and thinking as often as he could, being well aware of the power he had when his own creativity in thought could work at maximum capacity.

And the results are there to see because Teddy Roosevelt accomplished a lot for someone in a single lifetime. We’re pretty sure even Gary Vaynerchuck or Tony Robbins would struggle to keep up.

That’s it for this week’s episode! Be sure to have a listen to the show if you haven’t already and check out how the guys deal with their own busyness and creativity!

Hey! You got through another episode of the Simple Minds Podcast! Good for you! If you find yourself getting inspired by the lads chats than do us a favour and leave a review for the show on Apple Podcasts! It helps massively and lets us reach out to more and more people!

The Science of Mind Wandering: Empirically Navigating the Stream of Consciousness