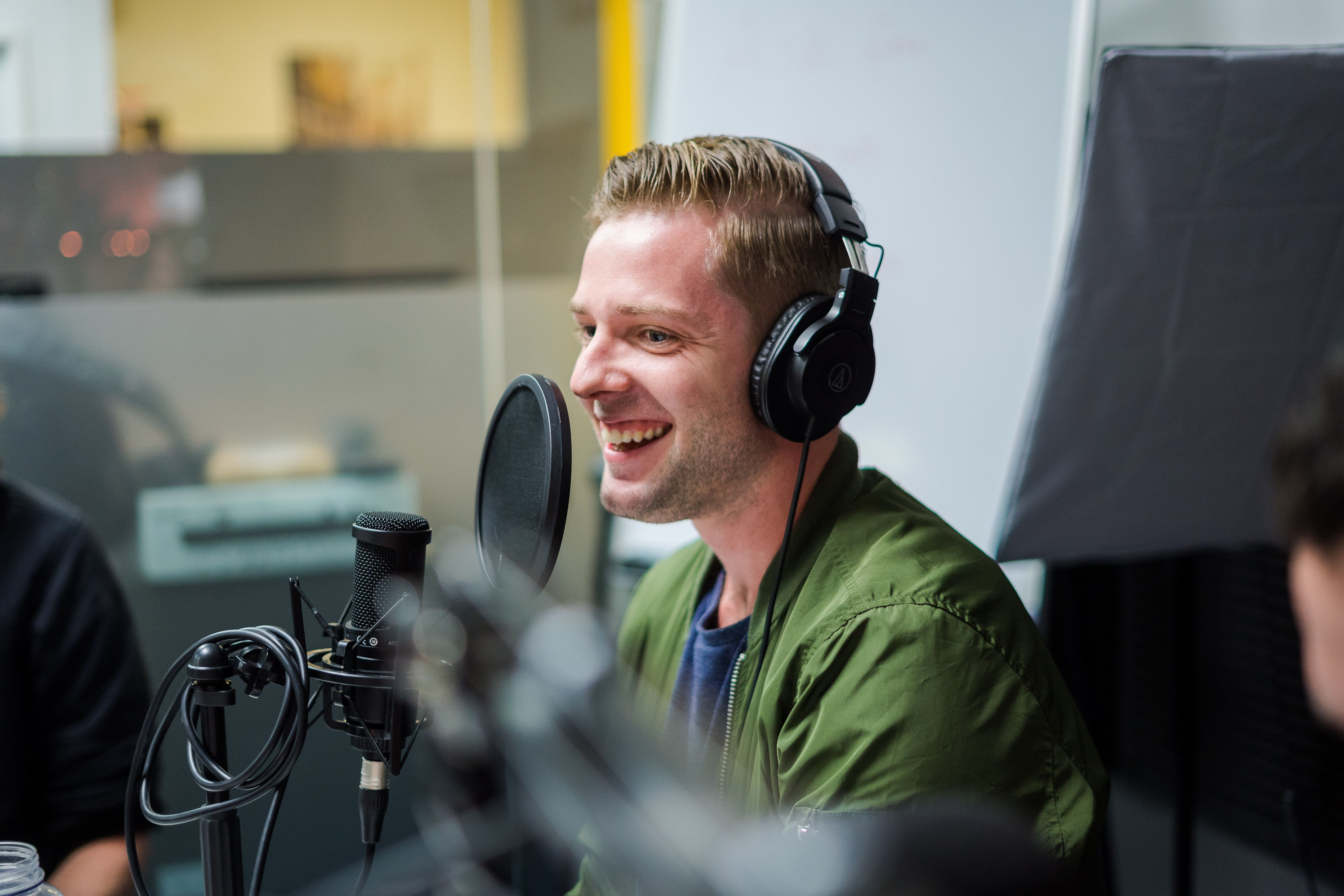 Welcome back Simpletons, to another episode of the Simple Minds podcast! Starting things off today is a very sensual sounding Justin, who has recently returned from Europe and brought with him, what was more than likely, the cheapest Spanish beer he could find! (We looked it up).

In this week's episode, the guys unpack the nature of how to achieve our own sense of purpose or “Ikigai” after being inspired by Chatri Sityodtong. Later in the episode, Jacob ask the guys how they manage to eliminate bad habits that impede their life while replacing them with good habits that help productivity.

This round is on Justin Bourn with the support of Matt Hanham, Travis Hayto, Michael Duncan, Jacob Moffit and Conrad “CONYE” Francis. The Simple Minds Podcast unravels topics such as personal development, philosophy, life and business - one drink at a time. 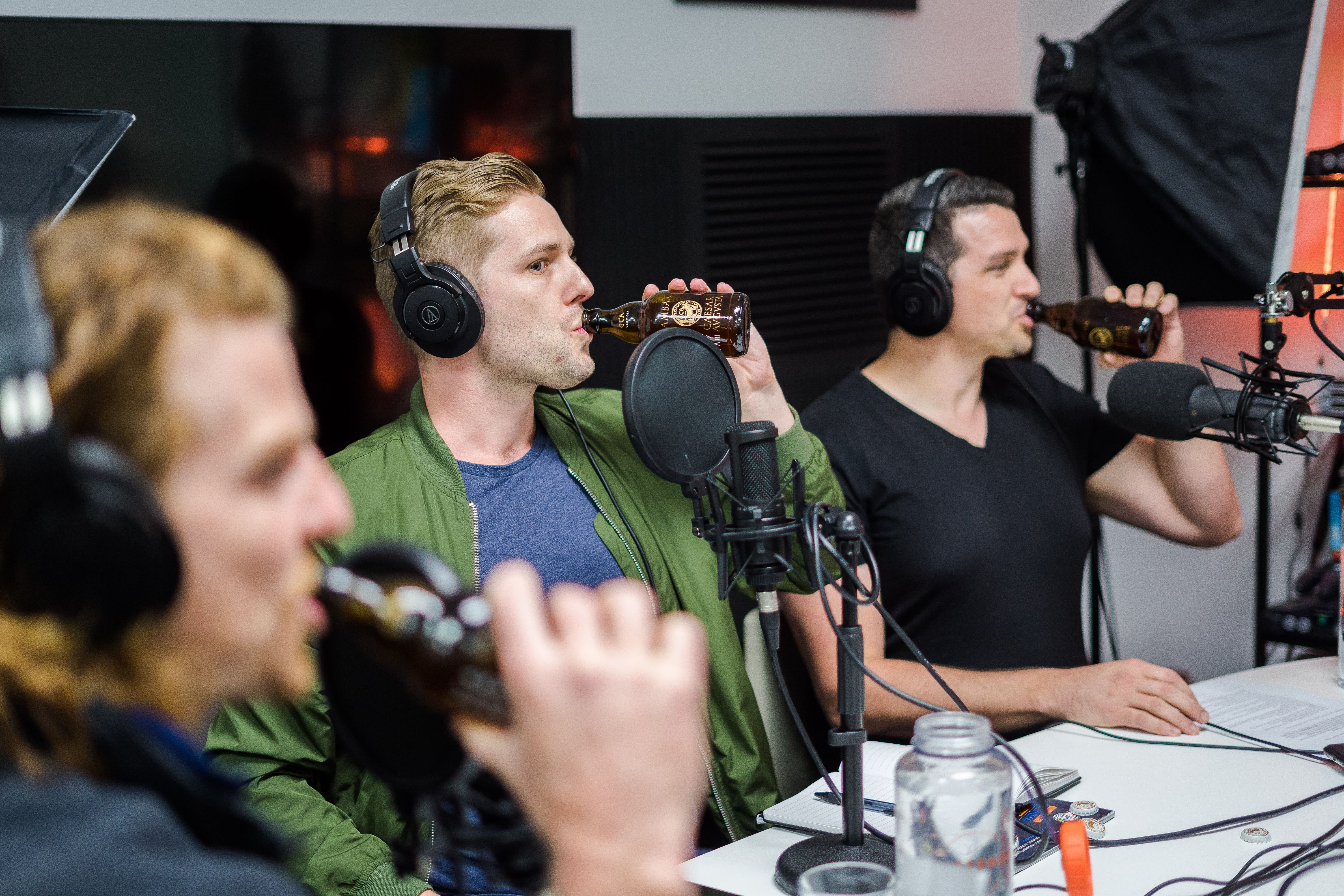 Being a Hero or a Coward and finding your Ikigai (Purpose) [6:14]

Matt finally introduces us to a topic, after a long hiatus of not contributing anything. Matt does so by introducing us to entrepreneur, martial artist and quite possibly the Taiwanese Batman, Chatri Sityodtong! Chatri did a TED Talk on the subject of “Ikigai” or one's own sense of purpose and how we are able to acquire this through what is referred to as a Hero/Coward dichotomy.

To illustrate this point, Matt regales us with a story about two warriors out to save a princess from a tiger, while one warrior chooses to run, the other, believing his life is worth risking for the princess he loves, chooses to become a hero and face the tiger, eventually defeating it at the cost of nearly being killed himself.

The point of the story, achieving “Ikigai” or our sense of purpose. For the uninitiated, Ikigai is a Japanese thought tool designed to help us focus our attention, through reflection, on what we are passionate about or what we believe to be our purpose. This is principally illustrated through 4 intersecting circles, with each circle focusing on specific aspects of our lives and our purpose being found in the central intersection of all four circles. It’s kind of like an Audi logo of self-improvement if you think about it. Right? 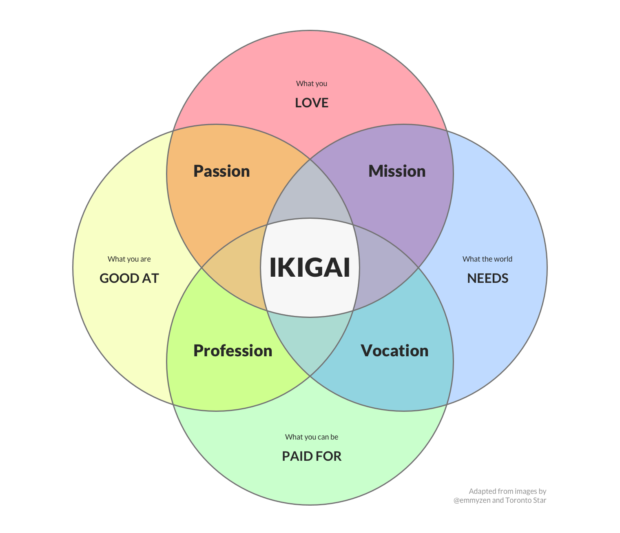 Matt then poses the question of Ikigai to the rest of the Simple Minds crew starting off with, you guessed it, Conrad. Conrad answers with a surprisingly thoughtful answer, stating his purpose is to improve the potential of others, both professionally and personally. Conrad screws that up pretty quickly though and also states that he does this principally through conversation. (Or in other words, talking to people incessantly enough that they get off there arses and do anything else).

Conrad also focuses on the idea of how choices can be used as daily affirmations. We can make a choice every day to aim to improve ourselves. He also makes a Mario Bros. reference at some point about how obstacles can be overcome to save our own personal Princess Peach...that came out wrong.

Michael carries this conversation on further, connecting this to the big lobster himself Jordan Peterson. Stating that facing your own potential fears, as manifested through suffering or the more nebulous term of “darkness”, can be key towards achieving self-actualisation or Ikigai.

“If Jordan Peterson said it, this man would be hard right now!” - Conrad on Michael

Michael starts muddying the waters a bit and starts talking about the implication of purpose on a wider, more universal, scale and what differences could be found psychologically between the two warriors and why one chooses to fight the tiger whilst the other chooses to run away. Don’t listen to him, he’s too far down the rabbit hole at this point.

“Why does that matter?” - Matt voices all of our thoughts.

Jacob gets fielded this question in a poor attempt by Michael to remind us Jacob is actually still in this podcast! Jacob responds by stating he believes his purpose is to help people positively redefine what they believe they can achieve. Jacob also makes the argument that the hero/coward dichotomy of choice can be more readily achieved only by placing ourselves in situations where the pressure of limited time can force us to make our choice,  with our decisions in these scenarios often pushing us towards more heroic action. Jacob uses his experience playing American Football as an example.

Jacob also demonstrates his skills at pretending to be a character on Friday Night Lights by stating he plans on using some recent gossip as a tool to justify possibly skullfucking someone on the field.

His poor victim will probably never hear him coming in our experience.

Justin chimes in as well, agreeing that putting yourself in situations that enforce the hero/coward response is key towards finding your Ikigai. This can become doubly important when faced with resistance by our own friends and/or family with Chatri Sityodtong becoming a key example in how he followed his desire to pursue a new business venture in spite of his own mother's scepticism.

“No fuck you, this is what I’m going to do and if it doesn’t work out so what.” - Justin to his parents

Which brings us to our departing thought on this topic. What is YOUR Ikigai? Have you discovered it yet? If so, what do you do to more fully achieve this sense of purpose? Maybe leave us a comment or something and tell us about it. If anything, vocalising that sort of thought, even if it’s just to someone else, could go a long way towards putting thought into action.

That or you could fight a tiger or something, that should put things into perspective pretty quickly now that we think about it. 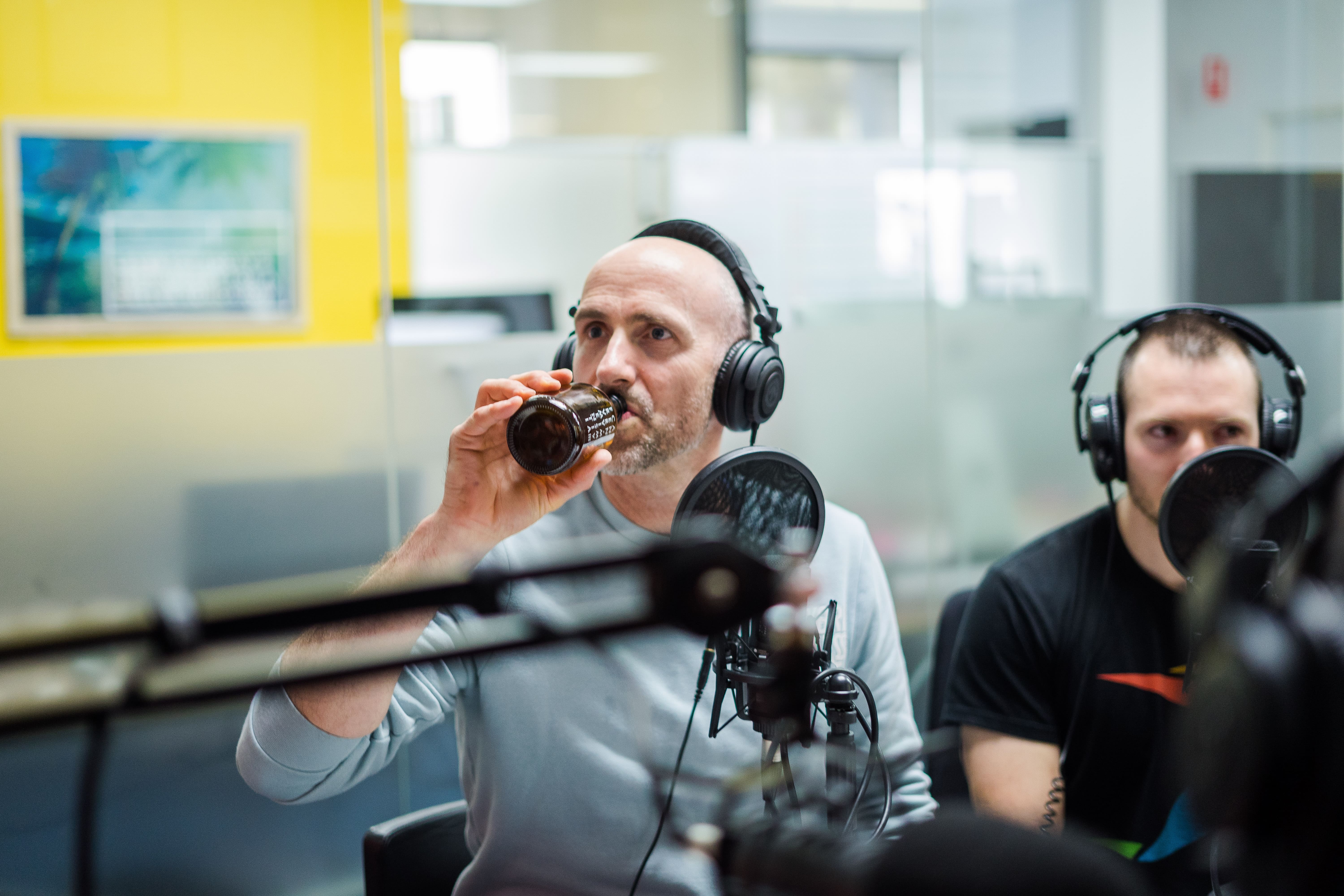 Making things even more special for this episode, Jacob is introducing a topic as well! Crazy!

“Reassess your habit with Perusing...whoever she is.” - Conrad giving good advice for once.

Jacob states he’s attempted to shift his habits rather than outright remove them, arguing it’s easier to get someone to commit to a new action than stop an action altogether. As an example, he states he’s made a conscious decision to read a book rather than check Instagram everytime he gets the urge to ‘gram.

Conrad, being Conrad, ignores the subject and asks Jacob what his purpose in life is. (Did he not listen when we were talking about the whole Ikigai thing?) Everyone else ignores Conrad and chooses to listen to Michael instead, who asks Jacob that, by his own rational, he could essentially shift his attention from his phone and work out how much more time he would have to spend time with his 1-year-old son.

Conrad disagrees with this and argues, inadvertently, that the kid can wait.

Someone mentions the new “Screen Time” utility on the iPhone and everyone stops for a minute to check how well quantified their social media addiction is.

Justin eventually looks up from his phone long enough to argue that good habit acquisition is something that must be done gradually or we risk overloading ourselves with too much of a lifestyle change, thus jeopardising the acquisition of any of the good habits we hope to achieve.

Matt and Conrad both start agreeing with each other and argue that pressure can be a major motivation to making a major lifestyle change, with both mentioning pro skateboarder and star of MTV’s “Rob & Big” - Rob Dyrdek (RIP Big, you were taken too soon from us) and how he changed his lifestyle dramatically following a confrontation with his major sponsor, who threatened to leave him should he not change his ways.

Travis finally involves himself in the podcast and talks about how he uses quotes he puts on his bathroom mirror as motivation and an opportunity for daily affirmation when he brushes his teeth.

The guys all start getting into how even basic lifestyle changes, such as taking cold showers or meditating daily, are difficult to implement immediately and require time to achieve, thus giving credence to the idea that habit acquisition has to be gradual.

Conrad ignores that and starts challenging everyone to jump into cold showers.

We’re going to ignore that and pose a final departing question, what bad habits do you wish to curb? And how could you go about changing them? Have you considered the idea of shifting this bad habit into a good habit that could make you more productive?

Maybe you’ve already done this and, if so, let us know!