How to be an Awesome Leader (with Beer?) 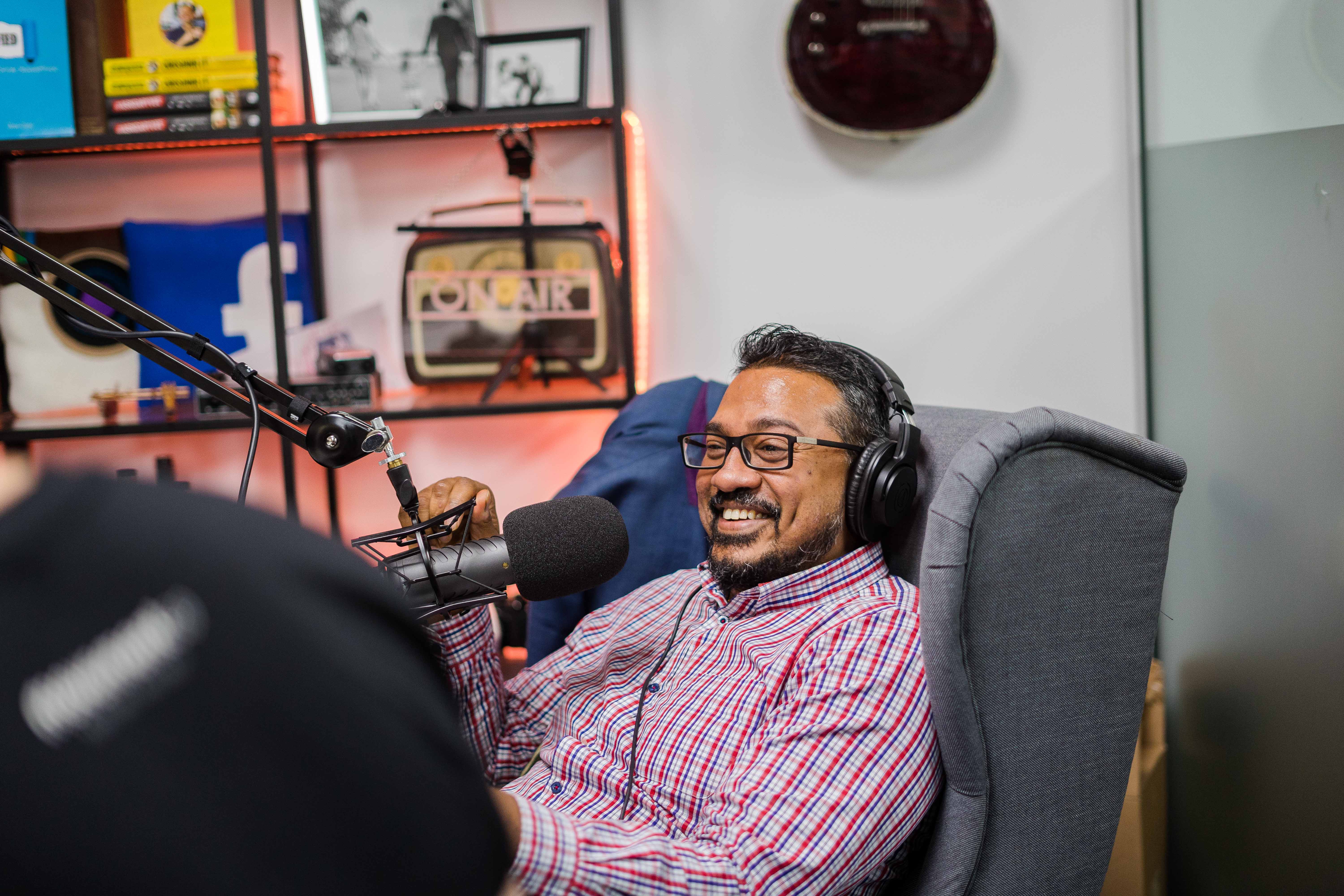 We’re back with the final episode of The Simple Minds Podcast for 2018! This week the guys are talking about being leaders and how to not be an asshole in the process.

Jacob was particularly excited this time around, having specially prepared a rehearsed opening as well as intros for all of the guys. It was super cute, good work Jacob.

Of course, none of the guys actually mentioned what the drink was that they consumed while talking so there’s that too.

This poorly organised round is on Jacob “The Prophet” Moffit with the support of Michael Duncan, Matt J Hanham and Conrad “Aroused by Leaders” Francis. The Simple Minds Podcast unravels topics such as personal development, philosophy, life and business - one mystery drink at a time. 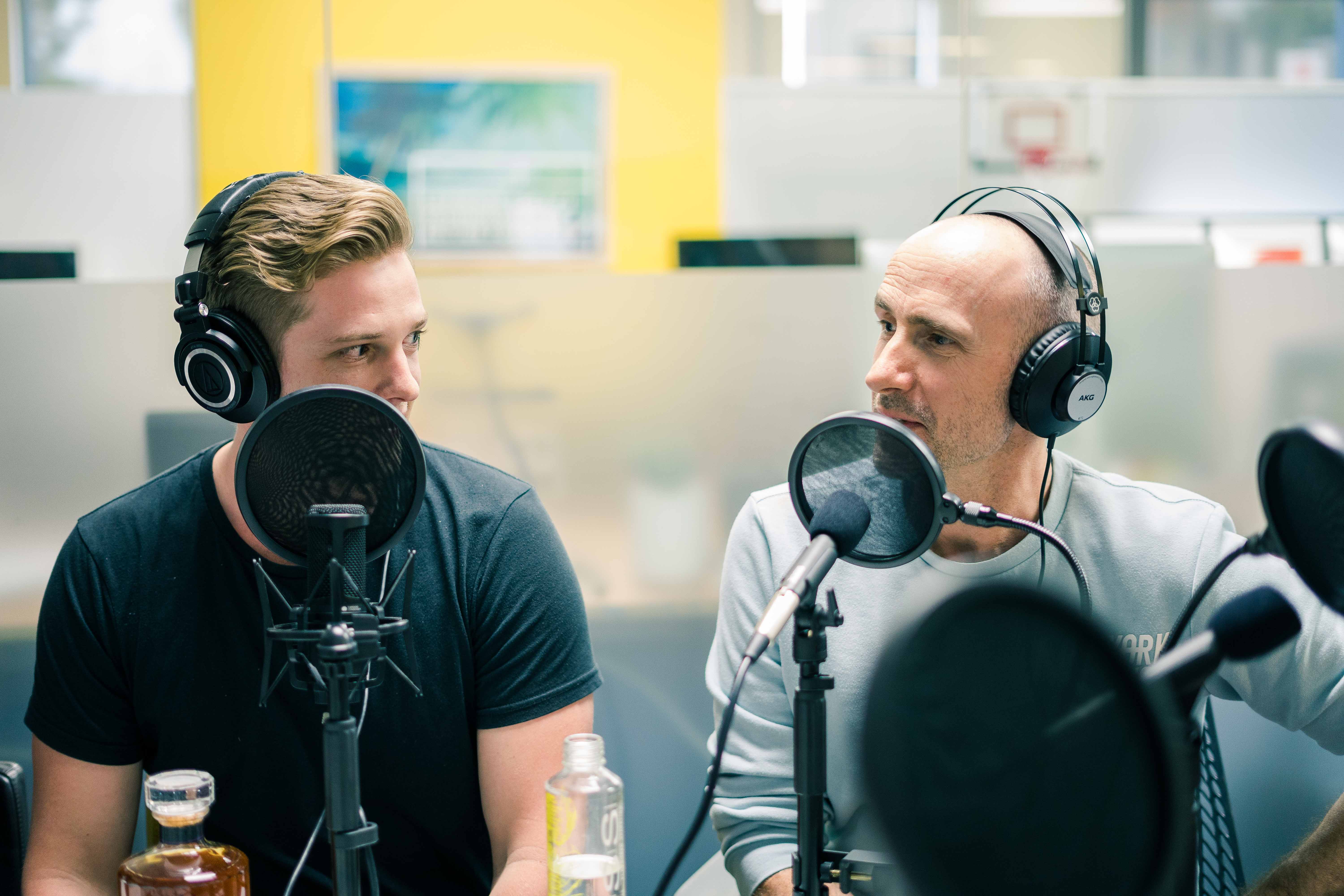 The guys waste no time and get started straight away on the topic at hand.

Jacobs makes specific mention of Jocko Willink, a retired Navy Seal commander and all around cool guy, who lists off what he refers to as the “Dichotomies of Leadership” .

The Dichotomies in question are listed as such:

Conrad is naturally the first to jump in and makes some points, specifically how he journaled on the subject at some point. (No doubt there were plenty of crayon drawings of Conrad leading the rest of the crew in the bat cave on their latest adventure.)

For the most part, this whole idea becomes an exercise in recognizing self-doubt and what that means in the grand scheme of things, and how self-doubt can be used a tool to press forward on ventures we think can succeed. The fundamental principle being that, if you do find yourself in a situation where you’re not having self-doubts, then you’re probably not being adequately challenged enough to be growing positively.

Getting back to the whole leadership thing that’s actually the main topic of the whole episode, Conrad makes a special mention of how Leadership can usually be a matter of how you engage with your team and how much pressure is enough pressure to sustain colleagues.

Specifically, he makes an analogy about how it’s like a team of cyclists operating during the Tour De France, with members of the team taking turns to lead the formation of cyclists as a way of spreading out the main pressure of the ride out, allowing teammates to have time to recharge.

Conrad was super proud of this analogy. His smugness practically oozed through the walls.

Matt gets tired of all of this talk and decides to bring things back to the idea of Jocko Willink, more specifically, by trying to start a fight by mentioning Jordan Peterson again.

For those that are new to this disco, Jordan Peterson is a hot topic in The Simple Minds Podcast, particularly because what the man has to say usually leads to heated debates between Conrad and Michael, or Conrad and Matt, or really just Conrad and everyone to be honest.

What's even more entertaining, is that, for the most part, Jordan Peterson and Jocko Willink usually speak about the same subjects and would probably agree with each other on most of their principles, leaving the reasons as to why shitstorms keep developing in Simple Minds everytime someone mentions either of the two a mystery.

Both figures have a heavy emphasis on the necessity of discipline in our daily lives and with leadership, this doesn’t change, with greater discipline being seen as a major element of the leadership process as a whole.

The guys all decide to start going in on Jacob because he was enough of a dumbass to bring this topic up without wondering whether it would suddenly be applied to himself. (That or it was the plan from the get-go, at which case - Well Done Jacob, you sneaky scamp you.)

Jacob mentions that he made the “Word of the Year” for 2018 for himself the word - Discipline. (Shocker!)

The guys respond by making him compare himself to Jocko Willink some more. Things get intense from this point on as everyone (mostly Conrad) take turns to break down the things Jacob is doing wrong/right or where there are probably flaws in his system of improvement. It’s all apparently really exciting.

“Fuck this is good. I need to take my pants off” - Conrad feels the heat

The guys eventually come to the conclusion that Jacob doesn’t practice enough gratitude, being unable to see the fruits of his labour more abstractly and see the progress he’s made in that time, his vision being clouded by the fact that he’s not making the sort of cash he’d probably prefer to.

Not that this is a massive problem, everyone has major issues with gratitude as a practice. Moreso because expressions of gratitude carry gigantic levels of stigma with them, particularly in the age of social media, where such expressions on a public platform are considered cheap and self-serving more than anything.

Gratitude can often be expressed far more quietly than people believe, often with just the simple acknowledgement of the good things present in our lives. This is especially helpful in business as the nature of being a business owner is largely an unforgiving career that can leave many jaded as they constantly push to improve, taking little time to fully appreciate the progress they’ve made so far.

This is not to say we think people should rest on their laurels more, but at least being aware of our own progress, whether that be in business or just in our own personal developments or even simply the good people in our lives, can be a major help in life as a way to stay “on point” and ready to keep going when things start getting tough.

Conrad builds on this by reminding everyone how much of our lives is made so easy by technology, remarking that he would often have to catch a bus to the library just to get a glimpse of an international paper such as the Wall Street Journal as a younger man. (He probably still does that, if anything because he enjoys the commute and tradition of it.)

Finally, Michael mentions the super cool HBO miniseries Band of Brothers as an example of what decent leadership looks like in particularly harrowing situations. (If you haven’t seen that show than do yourself and favour and get on that.)

Particularly, the main leader of the group the show follows - Major Dick Winters who, in addition to being played by the world's most charismatic ginger - Damian Lewis, was also a real-life badass of such magnitude that he makes Captain America look borderline idiotic by comparison.  Major Dick Winters often said that his main tool during his tenure in the military was honesty and remaining truthful with his platoon at all times.

The guys, clearly demonstrating their degeneracy by not agreeing with whatever the hell Dick Winters has to say, argue the point that honesty isn’t strictly needed in a leadership situation. Particularly Matt, who enjoys keeping his employees in a constant state of confusion with different stages of information being told at different times like he’s Jack Nicholson in A Few Good Men.

I think the lesson we can take away from today's episode is that; the key to being a leader is contradicting yourself, be disciplined while admiring how awesome you are and never tell your underlings the full truth of what’s going on.

Yeah, that checks out in our book.