Faith Vs. Belief (with Root Beer) 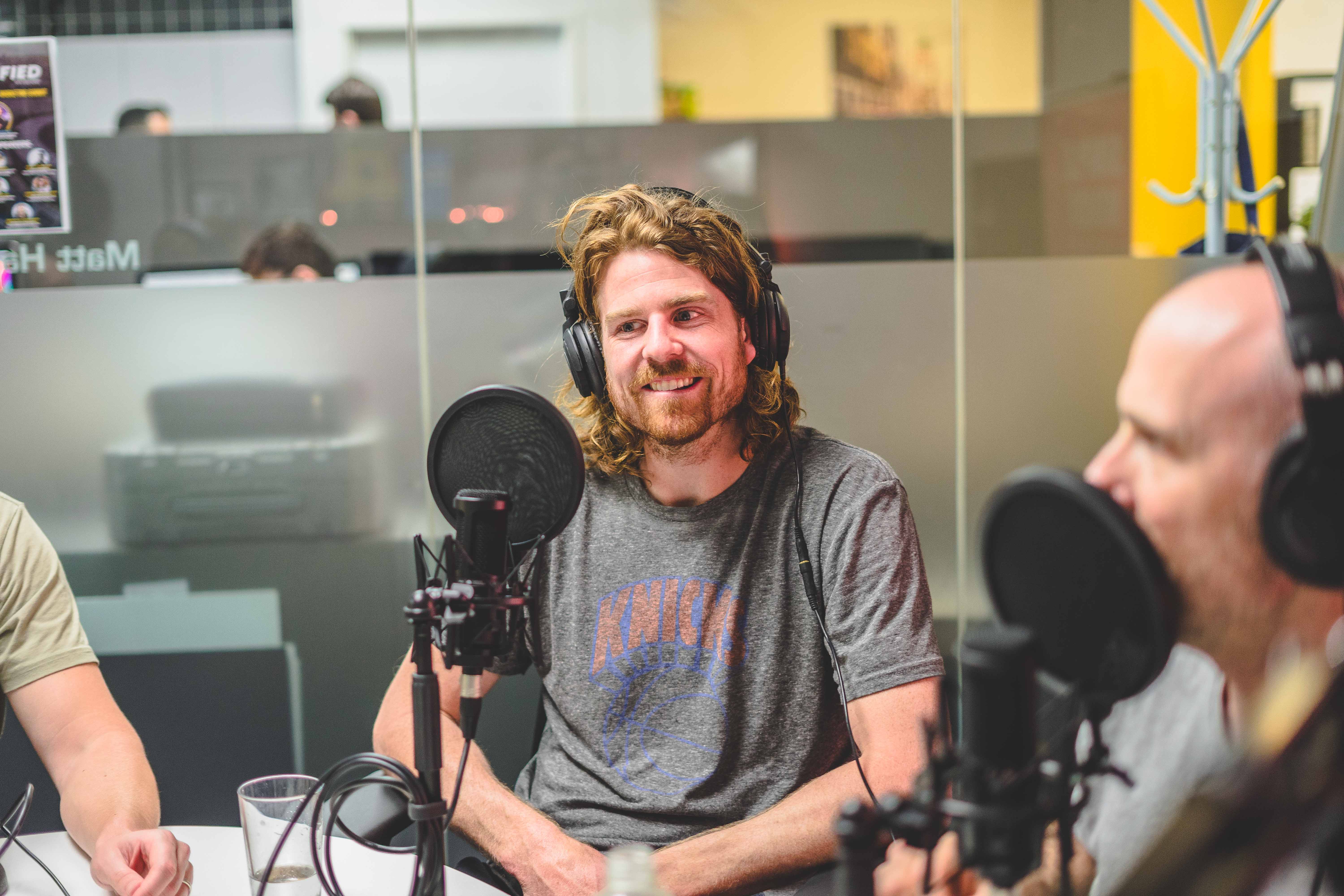 We’re doing ok too, this week is a special episode as we had to dive deep into the labyrinth of post-production works flows and content creation to bring you - this…

Matt’s brought with him a delicious collection of A&W Root Beer. It’s apparently a soft drink from America and if that has you worried then that’s entirely justified. The guys all take a sip and immediately recoil in disgust.

“It tastes like Listerine!” - Travis gives an accurate assessment.

Well, we’re off to a wonderful start it seems.

This disgustingly American round is on Matt Hanham with the support of Jacob Moffitt, Travis Hayto, Michael Duncan, Justin Bourn and Conrad “Still believes he’s Batman” Francis. The Simple Minds Podcast unravels topics such as personal development, philosophy, life, and business - one horrible drink at a time. 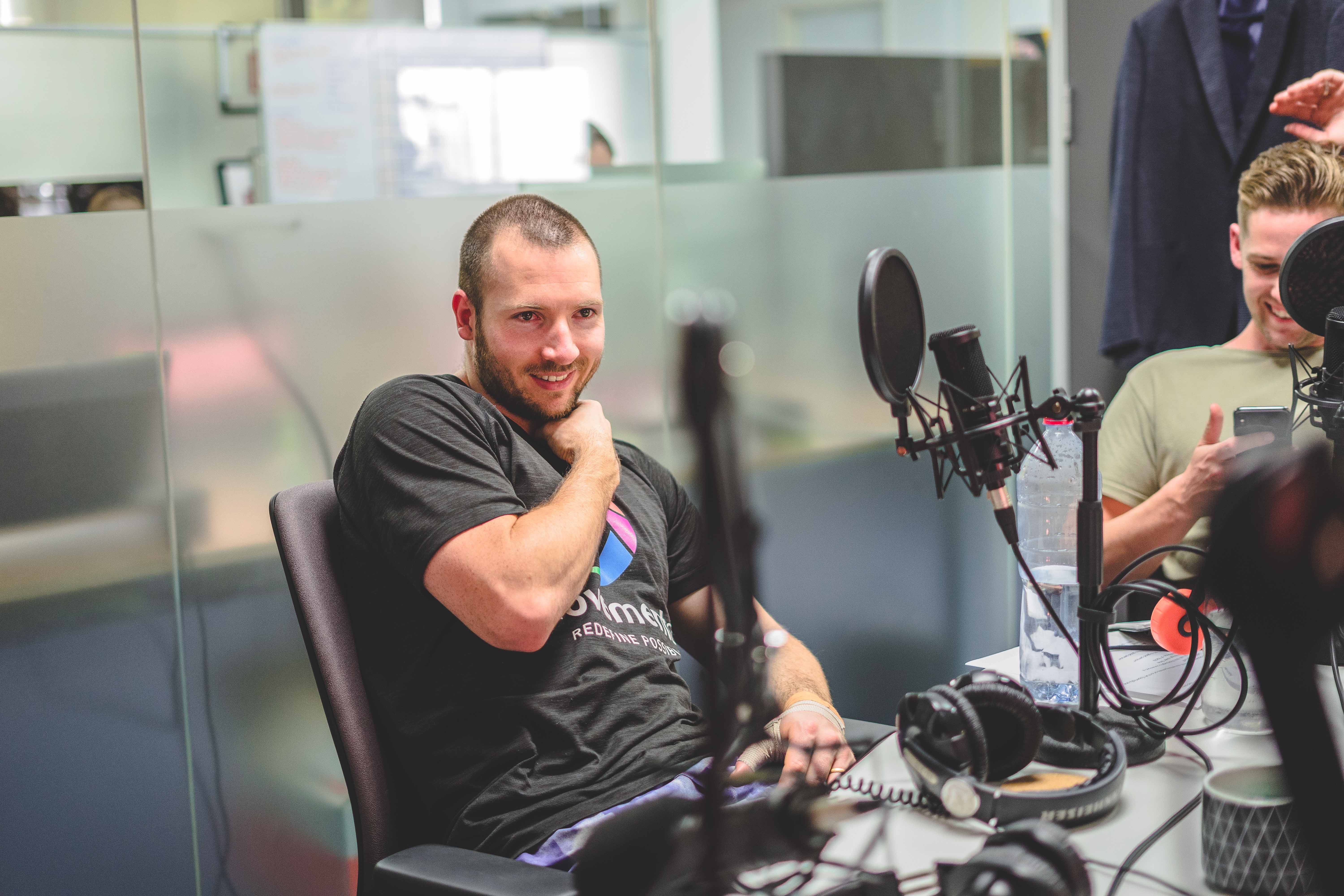 Conrad starts off proceedings by talking about the idea of “Faith” versus “Belief” in both a religious sense, but also a wider philosophical idea as well.

Essentially, what Conrad tries to get to is the idea that the definition of the two terms and the weightier meaning of each concept has a far greater effect of the human consciousness than we have been previously led to believe.

Belief in the dictionary can be defined as “An acceptance that something exists or is true, especially when there is a lack of proof.”

Conversely, Faith is defined as the “ Complete confidence or trust in something or someone.”

Now, you may be wondering “what the fuck are these twits going on about?” and believe us, we thought that too. But there is an element of sense to this, and by golly, if you stick with it, it does actually begin to come together a bit.

The argument here is that, essentially, the difference between the two terms can be summed up as a diversion in thinking and mindset.

“Faith” and usage of the word faith when describing oneself can be argued to be a far more objective and open-minded piece of phraseology. To say “I have faith in …” can be viewed as a great expression of one's own humility in the wake of a lack of information on the subject at hand.

Saying you “Believe” in something contrastly creates a whole new paradigm shift in mindset. To say you believe something comes from a far more subjective and, ultimately, ego-driven point of view.

For example, if I said: “I believe that Conrad is a beautiful transformative butterfly”, that would come across as overly confident and even ego driven.

By comparison, if I said: “I have faith in Conrad as a beautiful transformative butterfly”, that is ultimately coming from a far greater place of humility, as this piece of phraseology implies my mindset’s operation in the absence of concrete evidence of the fact.

In short, “Belief” argues the existence of things by making the implication that the evidence of such a fact is simply undiscovered. “Faith” meanwhile, implores the listener to understand that ultimately evidence of the fact is irrelevant and that this thought process operates as a form of acceptance of a lack of knowledge.

“Faith is to Vision, whereas Belief is to Ego” - Conrad

If you head hurts a little bit that’s ok. Ours hurts too. But we need to keep going, we’re only halfway through this episode, so pop some painkillers and let's get back to business.

The guys get a bit antsy about this whole description of ideas by Conrad and all seem to come to a similar junction in their road of collective thought:

It’s an excellent question. Particularly when many people, if not most in the Western World at least, are not religious and so the idea of having faith or belief in something is probably fairly bizarre to hear, not least because it could be easily argued that much of organized religion (particularly the Abrahamic ones) have largely monopolized not only the term of “Faith” and “Belief” but also the wider concepts they inhabit.

To answer Travis’s question, faith is probably still something we need in our lives, it just seems to largely manifest in different ways. Having faith in God(s) is just as valid a concept as having faith in oneself, as ultimately the argument for the term, as a tool for expressing humility in the wake of a lack of knowledge, is unchanged regardless of application.

Fundamentally, the important part here is that the term “Belief” or to believe is a far more aggressive term, basing itself far more in the subject observations or perceptions of the person themselves. This ultimately makes Belief and Believing a more destructive idea as it limits the ability of the user to accept more, and even contradicting, information.

This also splits off into the idea of how a lack knowledge, when combined with the ego of the individual themselves, leads to the natural conclusion of feeling fear.

“I fear bats.” - Conrad recalls his experiences at Wayne Manor

Matt takes the opportunity to tell everyone about how he struggled greatly in his twenties with anxiety, often having a lot of difficulties completing work and basic tasks in spite of being a normal healthy and sporty person.

Everyone kind of ignores Matts little moment of vulnerability and moves on to different aspects of the Belief/Faith dichotomy.

The conversation moves swiftly towards the idea of the transient nature of truth in society and how belief/faith factor in this inherent lack of consistency.

Conrad uses a cool quote from Gandhi to illustrate the concept:

“I am interested in the truth, not consistency” - The Original Salt Bae

The best part of this whole episode comes pretty quickly as everyone gets super confused and starts arguing semantics.

Conrad refocuses things by bringing up what he calls “The Twelve (Irrational) Beliefs”, arguing these are a prime example of how beliefs can be inherently negative and support self-defeating mindsets.

“Can you provide a reference to that mate?” - Matt

“Yeah sure, it’s from a book or something.” - Conrad

Jacob, in a final bid to make an actual contribution to this week's episode, breaks down the idea of Faith versus Belief, listing off a cool formula that provides a good perspective on how Faith as a wider concept can be more greatly applied:

Finally, Michael asks Conrad whether any of these 12 beliefs can be directly applied, or rather have been battled, recently in Conrad’s life. Conye admits he has had a difficult time, though refrains from listing a specific belief. Rather, Conrad argues he hopes this past month could become a great transformative experience when he’s finished.

“Are you going to be a butterfly next week Conrad?” - Michael

*Belief 13 is not an actual belief, just a delusion by Conrad. Don’t take it is a fact. If he approaches you in dark alleyways saying “I am the night!” then it’s probably best to just go with it until he leaves you alone before calling the police.