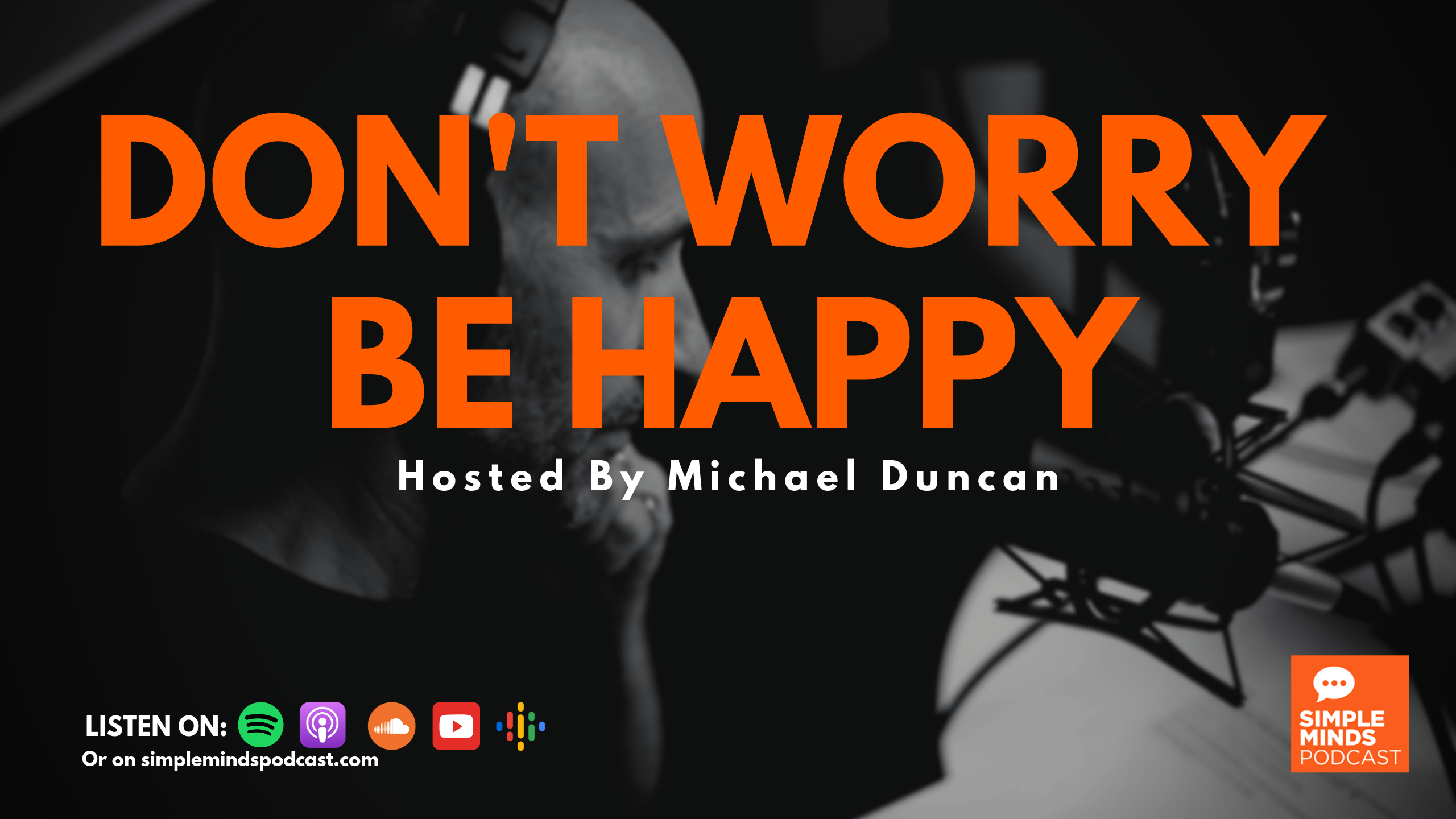 This week we have Michael addressing the lads with the subject of HAPPINESS. If you think this is going to be an easy ride, then you’ve got another thing coming. Being a Scotsman, Michael has brought a whiskey with him that the lads are somewhat curious about. 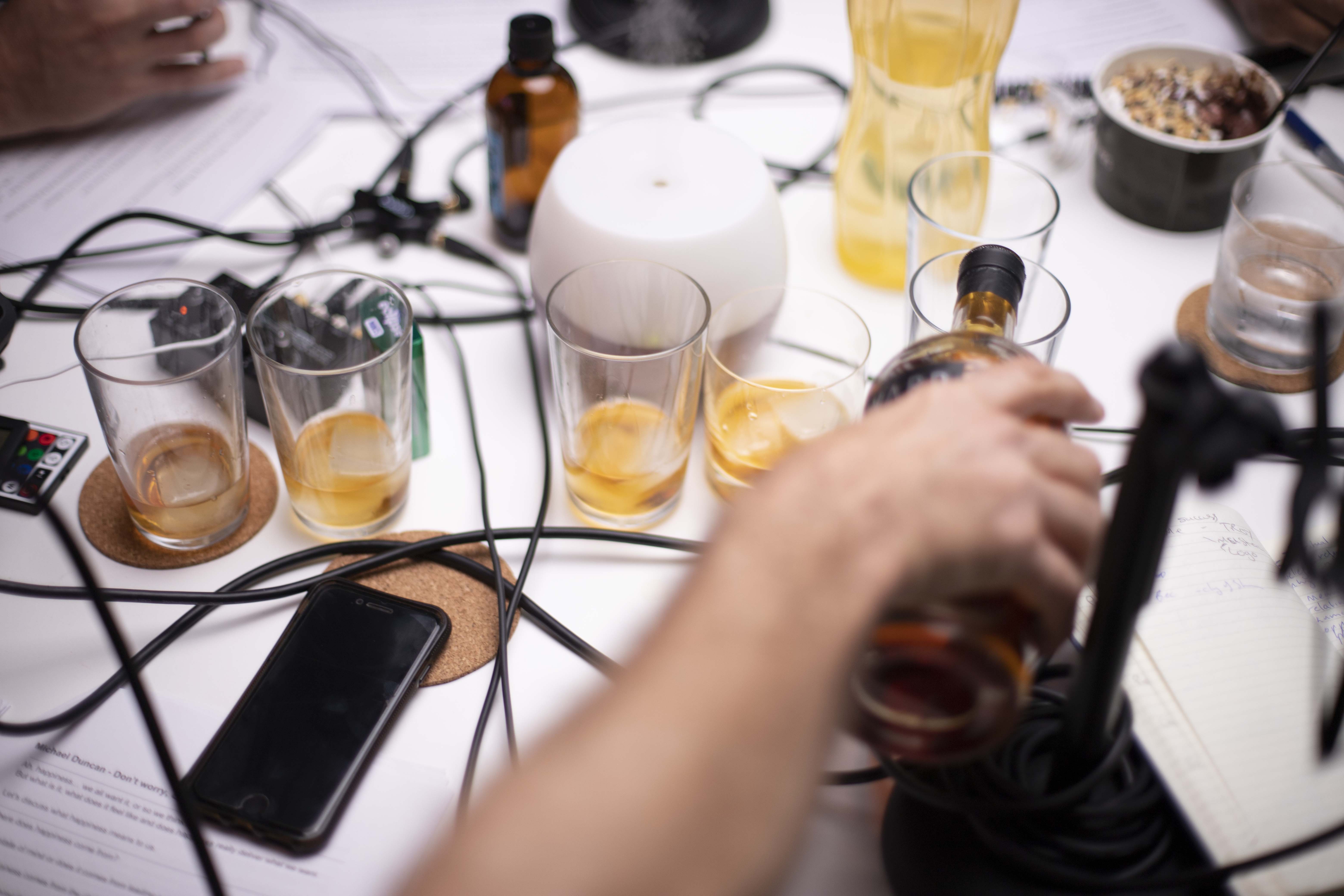 For the most part, people seem to have the idea of happiness down pretty solidly, we know what happiness feels like, we know what similar feelings, such as joy, elation, contentment, and warmth, feel like as well.

The more pressing questions that usually revolves around happiness is:

Funnily enough, this line of questioning is much more difficult and is arguably the reason for so much of the discussion that revolves around the topic of happiness.

Which is totally understandable because, well, who doesn’t want to be happy?

As with all of the big questions of life, it’s common to turn to the smartest person in the room and figure out what their thoughts are on the topic.

And in 1922, there was arguably no-one on Earth smarter than one  - Albert Einstein.

It was during a trip in Japan that Einstein was asked about what happiness is and how to achieve it by a messenger at the Imperial Hotel.

Well… asked is a strong term, the reality was that Einstein didn’t have any money for a tip so he instead wrote a few lines on a piece of note paper and handed them to the messenger, the idea being that they’d probably be worth a lot more than some spare change. (Which was totally true because those notes sold for $1.8 million two years ago).

In the notes, Einstein wrote:

“A calm and modest life brings more happiness than the pursuit of success combined with constant restlessness,”

Seems like pretty solid knowledge that and, arguably, it’s what most humans strive for, particularly in western society.

The obvious caveat here though, is the idea of whether or not we should be striving for happiness above all else? What would the world look like then, assuming we achieved such a goal?

The Land of The Last Man

According to Frederick Nietzsche, the goal of searching only for happiness or contentment above all else as a life goal should be considered repulsive to society. Those he termed as “The Last Men” were individuals that acted only in the interest of their own comfort and did not display ambition or drive, being largely pacifist and obsessed with comfort and convenience.

This idea stands in contrast to the ideal human Nietzsche described as the Ubermensch or “Superman” who would strive to operate with the goal of achieving greater creativity and meaning through the advancement of the next generation of humankind.

By contrast, the Last Man’s goals of total happiness and contentment leaves them bereft of greater purpose and meaning beyond their own selfish motivations.

This becomes more pronounced with the introduction of the infamous “God is Dead” scenario that Nietzsche posits in the novel Thus Spoke Zarathustra, where, as opposed to the famously incorrect assumption that Nietzsche declared God dead or “obsolete”, Nietzsche proposed the idea that humanity would be tasked with the goal of finding or redefining meaning for themselves as the power of organised religion and spirituality would wane with the advent of greater academic knowledge.

The Last Man, being incapable of finding meaning beyond his own goal of “happiness” would wither away with the rest of society, whereas the Ubermensch would continue to thrive under a new set of goals orientated around greater understanding and achievement.

In short, Nietzsche, being the little ball of joy that he always was, argued that Western Societies goal of achieving “happiness” for the common man would only lead to a wholly negative outcome and that our values should be based around, what he viewed to be, “greater” virtues of ambition, understanding and creativity.

It probably comes as unsurprising that Nietzsche was not known to be fun at parties.

So what even is happiness anyway? We’ve spoken at length on the topic of whether happiness is good and right and whether its a state worth pursuing, though we haven’t really gotten down to the idea of what happiness actually is. 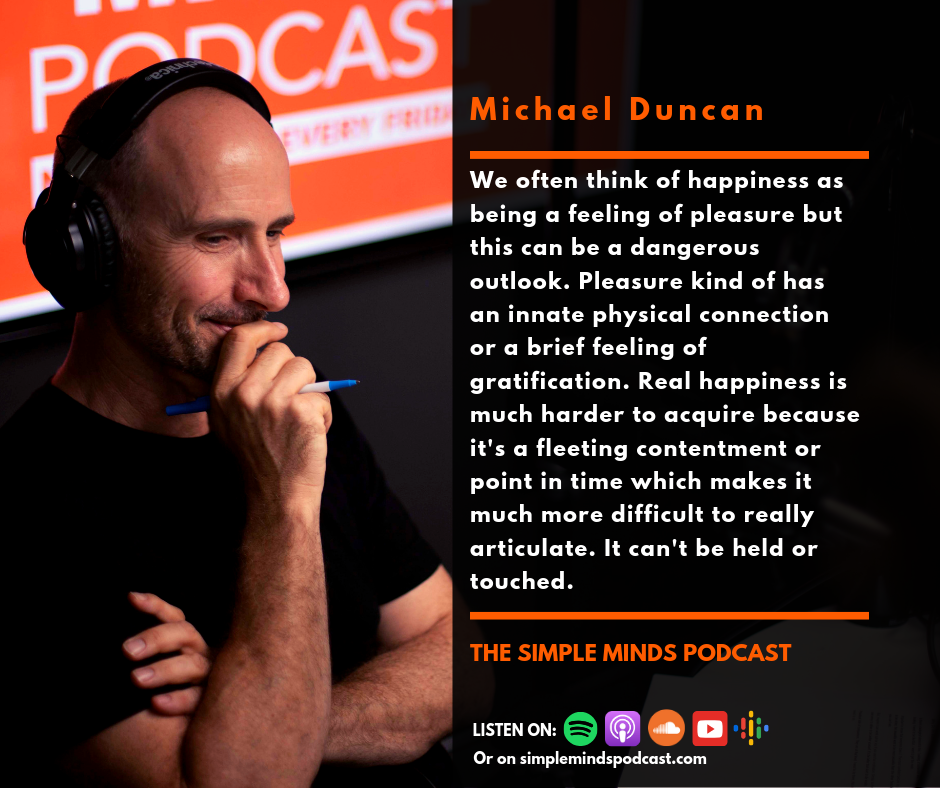 In plain terms; happiness is a state of joy and contentment, it’s a chemical reaction in the brain that occurs when, what the body perceives to be, positive events happen either to, or around, the person.

“Happiness is a choice for me. If you want to be happy, you can be happy” - Travis Hayto

The state of actually being happy is far more straightforward than what we are usually led to believe. Again, the idea here is that happiness is fundamentally a biological process.

The act of smiling, for example, has been shown to improve the “happiness” of people under scientific conditions, which brings under the spotlight of what came first? Happiness? Or Smiling?

That’s it for this week! What is happiness to you? Do you think there’s more to life than the pursuit of happiness? Let us know in the comments! Or send us a message!