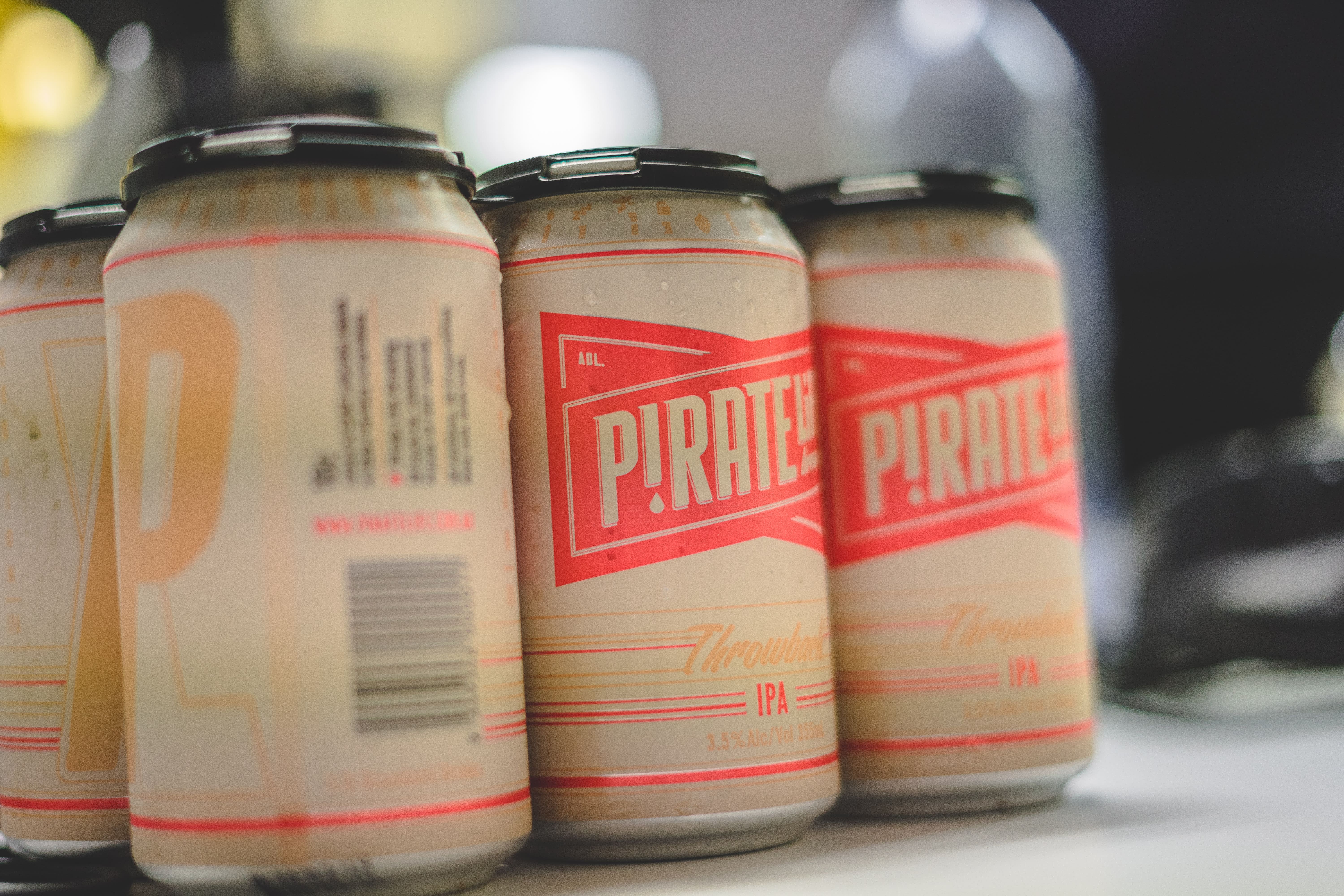 Things are very excitable today with an unusually stoked Travis as today’s host!

With him, Travis has brought a beer called Pirate Life for the lads to drink. Travis also lets us know all of his connections to the beer, being friends with one of the guys involved in the brand having taken part in an alcohol-powered road trip from Perth to Adelaide. The guys asked if there were any pictures taken of this event and Travis was enthusiastic, saying he’d share them on the blog. We took a look and decided against that, things got weird and explicit pretty quickly so if Travis asks, then say we totally included them in. Totally.

This medium strength round is on Travis Hayto with the support of Michael Duncan, Matt Hanham and Jacob “Little Miss” Moffit. The Simple Minds Podcast unravels topics such as personal development, philosophy, life and business - one local drink at a time. 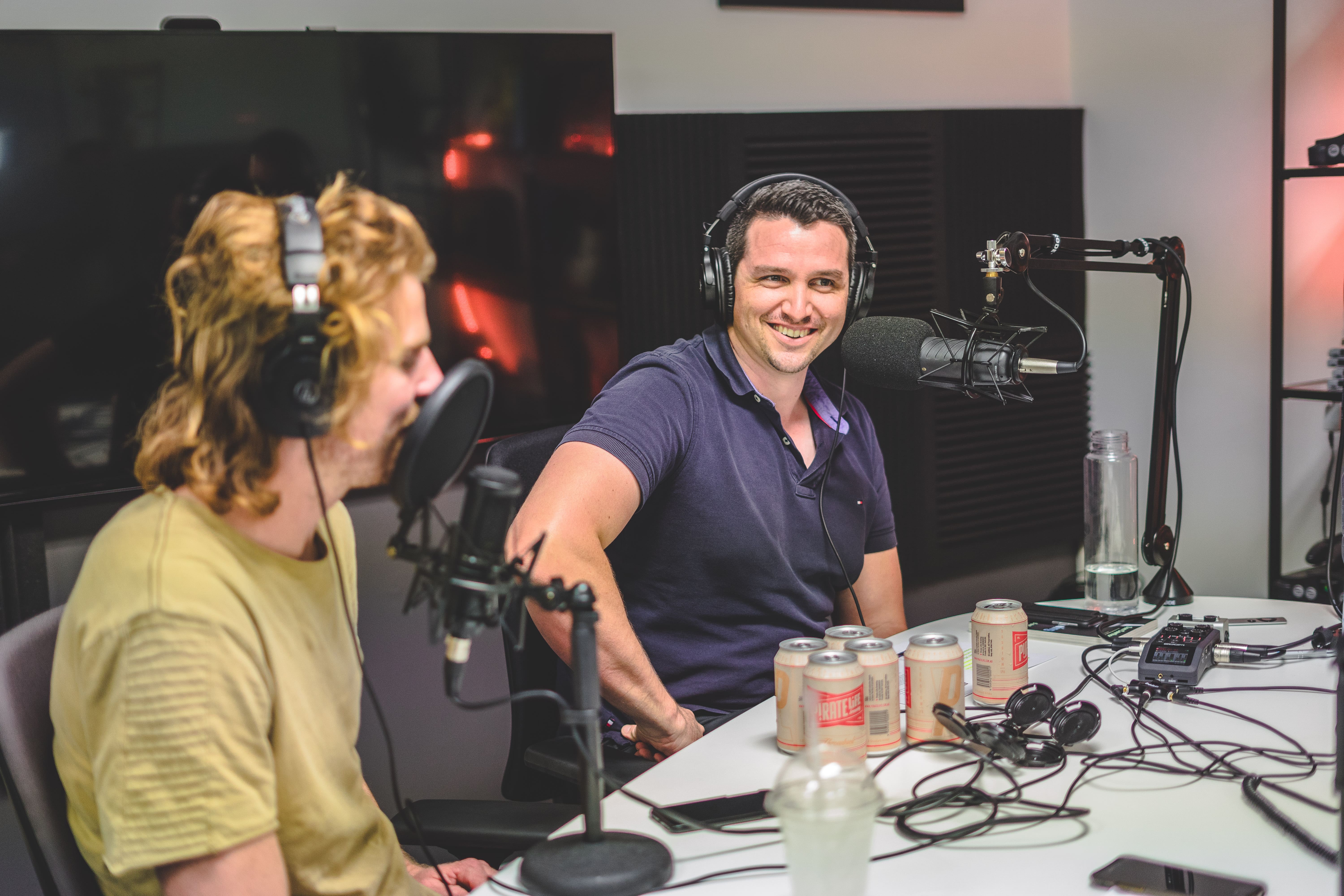 Matt begins this weeks topic and mentions an article he read concerning how Amantha Imber, Founder and CEO of Inventium, made her office (including herself) take a day to purposefully not check their email. At all. The resulting effect of the experiment was that people within the office, despite having mixed emotions to the idea initially, were unanimously happy with the result, with many colleagues agreeing that their productivity had gone up through the day and anxiety had, in fact, gone down with many becoming intimately aware of their email addiction.  As a result of this wild success, Amantha installed a monthly “Inbox Free Day” within the office.

Carrying on from this, Matt discusses with the guys about the idea that attitudes toward email and email addiction, are vastly different from awareness of social media addiction. The argument being that having an “email addiction” is considered almost good, indicating that the person in question is being productive. Meanwhile, social media addiction is considered of course to be a sign of laziness or a lack of focus.

The psychology of email addiction becomes facinating in this regard as, unlike the almost fast food nature of social media where the subconscious aim is immediate gratification through entertainment, much of the desires surrounding obsessive email checking seem to stem from a more different source despite being arguably as detrimental. Often, email checking seems to have a consistent connection towards a sort of “lottery brain” mindset, with users usually trying to anticipate an important email as it arrives, with the belief that, despite the vast majority of our emails usually being of low importance, we may just one day find the one email that could change everything. It’s sort of like we’ve become a digital Ahab, scouring the mighty seas of out immense inboxes, hoping to find our White Whale.

Specifically, our White Whale at the moment is a confirmation email from ASOS for some sweet new Adidas sneakers we ordered the other day.

Naturally, this leads the guys to briefly ignore this and start talking about their own email habits, whilst plugging their favourite email platform in the process. Way to guys. Way to go.

Michael starts off by mention Gmail and it’s various, admittedly great, abilities and how much of a fan he has become of the platform with its ability to act as a hub for a business as well as it’s addictive app structure that allows it’s functionality to expand further. (As a side note, Michael may or may not be hiding certain ambitions to work for everyone’s favourite internet overlord).

Michael also mentions something about how he enjoys going to his spam folder a few times a day to clean it out. It apparently makes it him feel “clean” as well as making anyone he tells this to wonder what Michael's cleaning habits actually are...

Continuing on with this theme of turning Simple Minds into an extended advert for Gmail, Matt also discusses how great the platform is, highlighting the boomerang app as a singularly powerful tool for making sure he doesn’t leave anything off for too long.

Travis jumps in and, being the filthy hipster he is, makes the revelation that he’s the only person in the room not actively trying to become a Google employee and instead uses Microsoft Outlook/365 as his preferred electronic messaging poison. Nice one Travis, way to kill the mood.

In a twist that we totally didn’t see coming, Jacob says that he doesn’t even really respond to emails that much. Often just checking a few vital updates throughout the day. Shocker. This, admittedly, is probably the healthiest email relationship we’ve ever seen. Kudos to you Jacob.

The guys eventually take a break from plugging Google and start discussing the nature of their own email addictions and habits as well as how this intersects with their social media usage.

Travis mentions he checks his email almost obsessively throughout the day, even when driving. He tried correcting that by saying it was only when his wife drives, but we, as well as the local vet that keeps getting cats that have been run over in Travis’s neighbourhood, know better. Beyond this, Travis has stated he doesn’t even have Facebook on his phone anymore (Get a load of this guy) and only checks Snapchat once a week.

Matt brings up the whole “banning emails from the office” article again in an attempt to get everyone back on topic for a couple of minutes. (Isn’t Travis supposed to be the host this week?)

It doesn’t work, so everyone keeps talking about their various habits some more. Jacob lets everyone know he purposefully leaves payment notifications off for a while before doing anything about them just to see how “things develop”. (We’ve set up a GoFundMe account for Jacob as he’s clearly struggling, donate if you can. He needs the cash)

The guys manage to eventually meander back to their intended subject of discourse (Someone must’ve spiked their drinks, surely) and manage to figure out that they probably have a problem with their email addiction, no matter how good Gmail’s various, flexible and incredibly useful suite of management apps is.

If you’re reading this then we’d implore you to take a look at yourself and figure out how bad you’ve gotten with your email addiction as well.

“The first step is admitting you have a problem.” - Matt, who clearly stole that phrase from Alcoholics Anonymous.

The guys eventually start talking about how weird old people in general are and how they check their mailboxes several times a day. Travis kills the mood again by mentioning how old people are generally lonely most of the time and use their mailbox habit as a way to talk to someone. 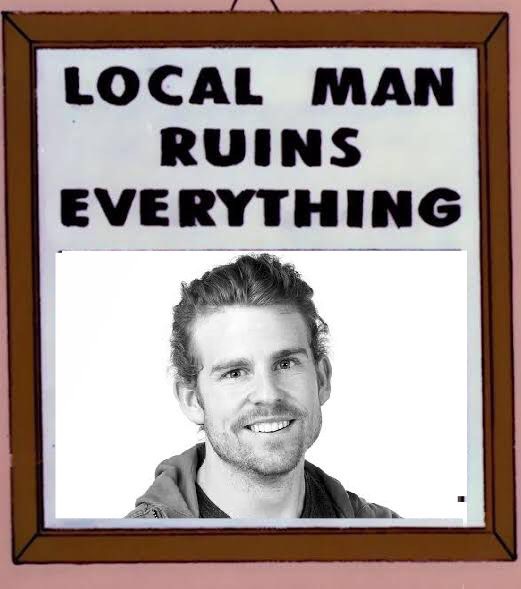