Are You Spiritual Bro?! 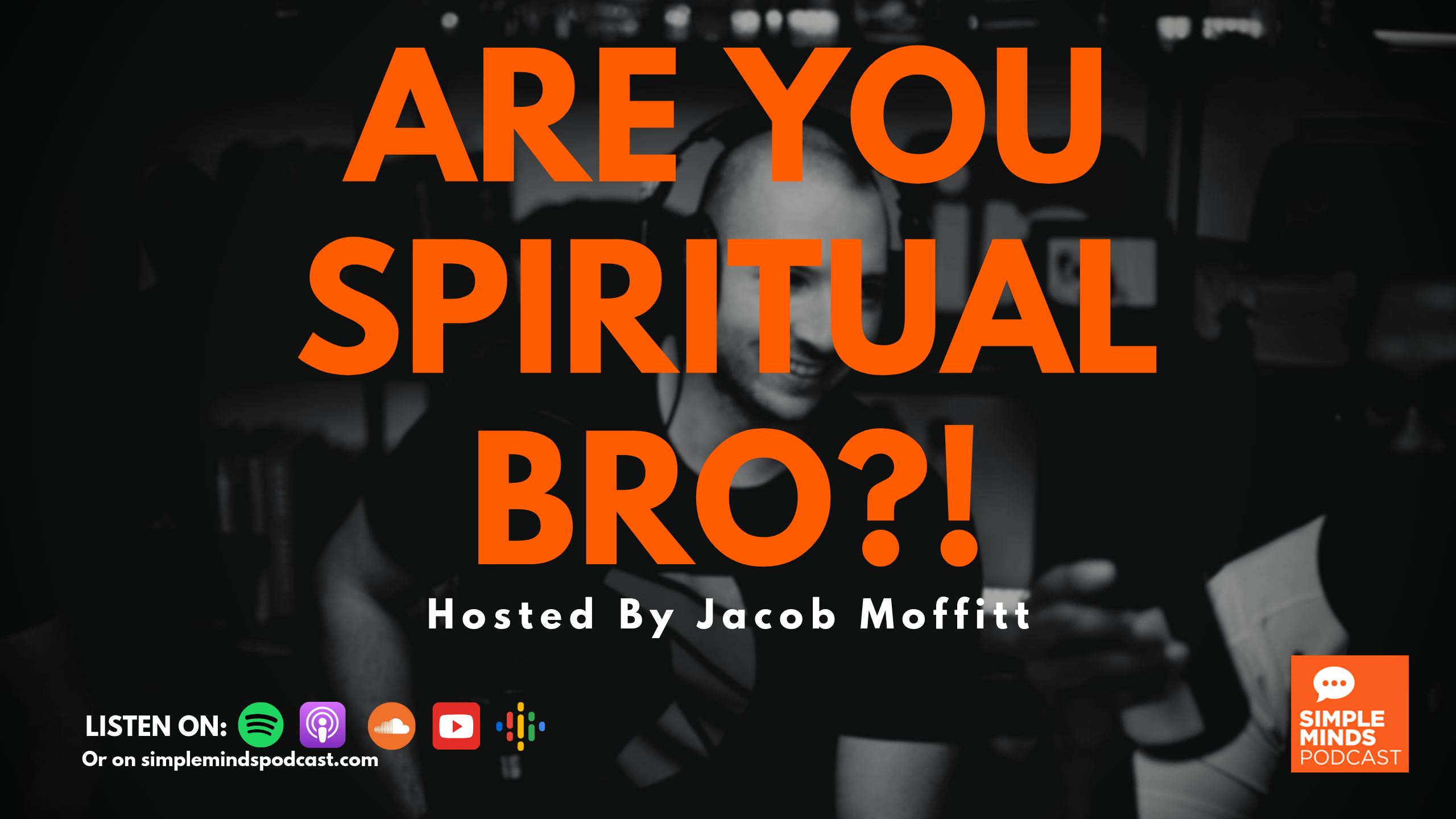 Jacob is here again and ready for another episode of The Simple Minds Podcast!

Jacob is ready to record a new episode as host for this week, though he sounds ready for much more...

“My name is Jacob and I’m open to new experiences.” - Jacob

He’s also brought with him a cold brew coffee from Dimattina Coffee that’s apparently pretty fancy, in spite of the fact he doesn’t actually drink coffee. (He’s totally planning on poisoning everyone on the show so he can create his own podcast. We’re on to you Jacob!)

“I brought tasting notes too!” - Jacob

“Of course you did” - Conrad

Enough of that though, let’s get to it!

Spiritual But Not Religious

Jacob defines himself as being “Spiritual But Not Religious” (SBNR) which is a fairly wide-ranging state to define oneself as so much the idea of being “spiritual” can mean a near infinite combination of beliefs, superstitions, and observations cobbled together by the person who uses the term.

That said, Jacob is pretty straightforward about his beliefs, being pretty close to classic atheism and choosing to believe that there isn’t a higher power, either as God or as a power manifested within ourselves (souls, fate and/or afterlife).

The guys get a little heated on the topic of this definition so, to avoid any further arguments starting up amongst the simpletons, we’ll provide a few definitions of a variety of non-religious belief systems and let you decide what fits you best:

Oof. That’s a lot of different beliefs (Or lack of, depending on how you look at it.)

What is This “Religion” Thing Anyway?

So what is the point of religion anyway? It’s a heavy topic, we understand that, but it’s a genuine question we’re going to throw out there because it’s important to understand why people have, for the past several thousand years, been pretty into it.

Equally so, it’s important to figure out why so many people identify as SBNR rather than religious in the more traditional sense.

As the resident “believers” of the group, Matt and Conrad are uniquely qualified for this discussion, with both being practicing Catholics. So what do they find in their own faiths that are of value that others don’t?

Matt makes the argument that his own core beliefs marry well enough with Catholicism and that being baptized was an easy decision to make as an example to his own children. The argument here is that, as Matt defines, religion in itself is a collection of stories that teach fundamental principles in life to follow, not only for the betterment of the self but of others as well.

“Stories” is the key term here. It’s through stories that humans learn ideas and concepts most concretely.

Conrad has a similar view, though expands on the idea by mentioning the “spiritual framework” of religion and how this method applies to various other systems and structures of human interaction.

And because this is a Jacob episode, he listed Jacobs adventures into American Football as an example. (If you’re new here and you’re not sure what we’re talking about than go listen to literally any other episode Jacob hosts and you’ll realize that, just like Lance Armstong's testicular tumors, no matter how often everybody thinks they’re done with, the subject of Jacob playing American Football just keeps on coming back.)

This also brings up the idea of “Pascals Wager” - an argument in philosophy devised by Blaise Pascal (1623-1662), who postulated the idea that, in the absence of sufficient knowledge to accurately prove whether there is a God or not, the only rational course of action would be to behave as though there were. The idea here being that, if there were a God, then the consequences of non-belief would far exceed the lack of consequences that would occur in the event there was no God or deity.

So with all of this religion talk in the air, what about the point of view that religion, or rather “organized religion” isn’t all it’s cracked up to be? (Though Matt and Conrad are excellent salesmen of the idea)

Well, in the immortal words of Christopher Hitchens:

“Philosophy begins where religion ends, just as by analogy chemistry begins where alchemy runs out, and astronomy takes the place of astrology.”

So if you like your existential crises a bit more Kafkaesque and a bit less clerical than we’ve also got that covered!

The subject of spirituality ultimately brings us to the inherent question of whether there is a supernatural or metaphysical element to our universe?  Is there a god? Or is what we view to be the “spiritual plane” simply a matter of perception? A collection of traditions, languages, interactions, and inferences that have collated within the human mind and then interpreted as having a central meaning?

It’s always great when Jacob brings these light subjects to the table.

To be honest, we’re not entirely qualified to answer such a question, but in the case of the guys, most of them agree that there is a spiritual force out there, somewhere. Michael and Jacob are probably the main holdouts on this and more power to them.

The argument that lessons on morality can only be taught via the modality of biblical tales is probably not the case as there are enough other religions, stories and folk tales out there that you can probably cobble together enough to create a tableau of moral lessons and ideologies that could feasibly equal any religious text.

Heck, you could even pull a Varg Vikernes and invent your own religion. (Please don’t actually do that. That’s a horrible idea. Ignore that we suggested that)